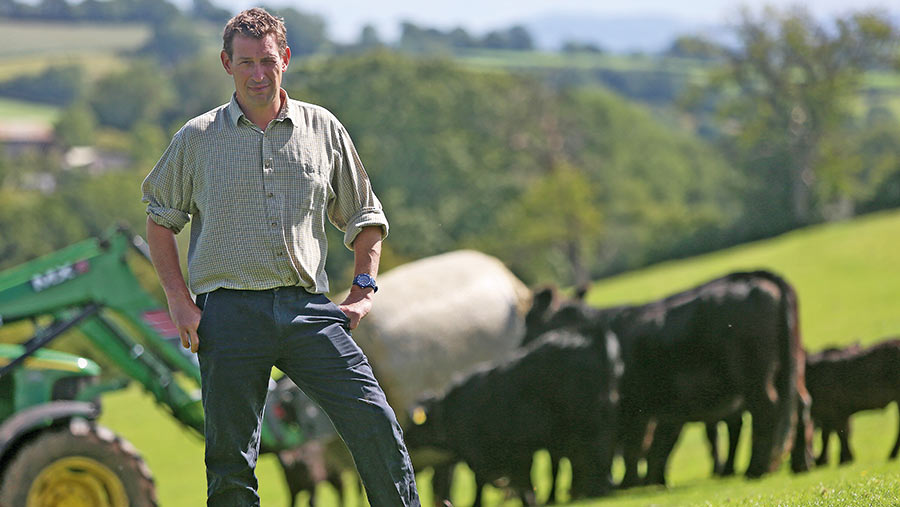 We have bought a pedigree Welsh Black bull from the Morlais herd this month. After seeing the herd and other home-bred bulls, we went for a quiet three-year-old.

Having inspected his progeny from last year and his EBV, he is the first polled bull we have used on our cows.

Preparation for maize planting is well under way. I always like to get maize planted before my birthday on 4 May and definitely before Jess’ birthday on 9 May.

Historically we ploughed, subsoiled and power harrowed before drilling.But recently, we have used a pass with a sumo trio, power harrowing then drilling, all done by local contractors, whose impressive green and yellow fleet recently featured in the “What’s in Your Shed?” series.

Pete Kelly, our independent nutritionist, has also visited this month, making a few changes to the ration. Average annual yield a goat is currently 900 litres and we would like to get to 1,000 litres.

The Monmouthshire NFU hustings with the Welsh Assembly candidates was quite lively, with low prices, late BPS payments and action on TB in wildlife all topical.

One farmer was particularly incensed because due to a TB breakdown on one holding, he cannot buy in cattle for his other, completely separate holdings. As a beef finisher he cannot trade until his herd go clear of TB.

I was asked to speak to Monmouthshire Grassland Society on the EU referendum. That became quite lively too. I am still amazed about how many of the older generation of farmers are keen to leave the EU.

Recently a government minister was on the radio extolling the benefits of leaving, claiming we would have lower prices in the supermarkets outside the EU – a clear indication of where the priorities lie.

Tommy and Megan’s pony club’s mounted games season has kicked off, with the Monmouthshire Hunt branch winning both the seniors and juniors area competition.

Our local point-to-point had to be rescheduled at a neighbouring hunt’s venue, due to wet ground at our usual course. They are important fundraisers in the calendar for all hunts, and part of the fabric of rural Britain.