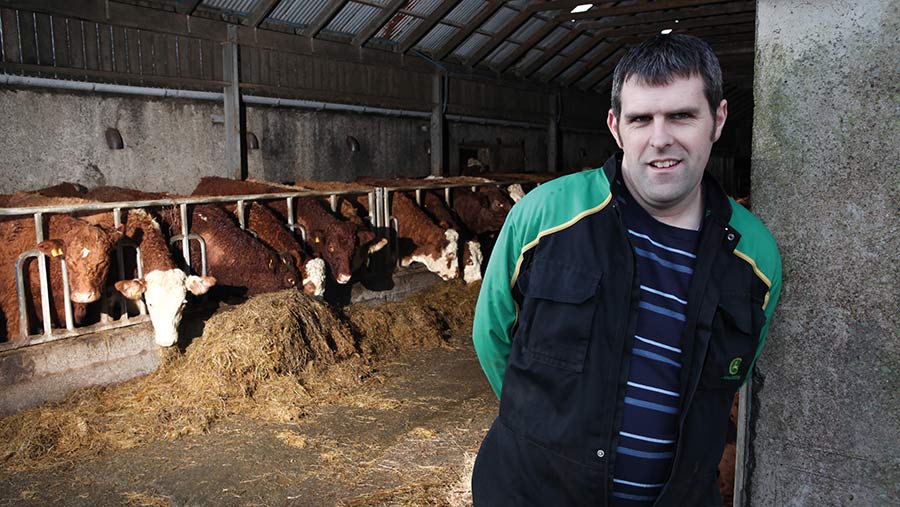 After hearing so many good reports about Clarkson’s Farm from both farmers and non-farming folk, we thought we would have a look for ourselves to see what we had been missing out on.

It was reassuring to know that it wasn’t just me who had spent too many hours this summer struggling to keep sheep in the fields where they should be, and having difficulty getting water to all the fields.

I have spent most of this summer working on our new block of land. The handling system is almost complete and we have altered roads and put up new fencing to make it easier to handle stock.

I’ve had contractors in to subsoil a few fields and mulch some rushes.

I think this is the first year when the only moisture to come in contact with the mower-conditioner was when she was taken out for her annual wash at the end of the season.

Although Orkney has been dry this summer, visitors have commented on how green it is compared with further south. We have had a few days of rain this past couple of weeks and the silage aftermaths are now looking well.

One of my favourite jobs of the year is sorting out the cows and calves into smaller bunches and turning them out on the fields of aftermath. The calves get a pour-on wormer before being turned onto the clean grass.

I always apply 0.13t/ha (1cwt/acre) of 21:8:11 fertiliser or similar. I ran out this year on the last five acres so it is pale and thin compared with the rest. The heifers that have been with the bull also get a pour-on and a mineral bolus.

We hosted a Monitor Farm project here from 2012 to 2015. One of the biggest achievements of the project was diagnosing cobalt deficiency in our in-calf and first-calved heifers.

Nine years on, I still have farmers contacting me who have first-calved heifers that aren’t thriving and remember it being discussed at the meetings. It just shows how much benefit can come from these initiatives.