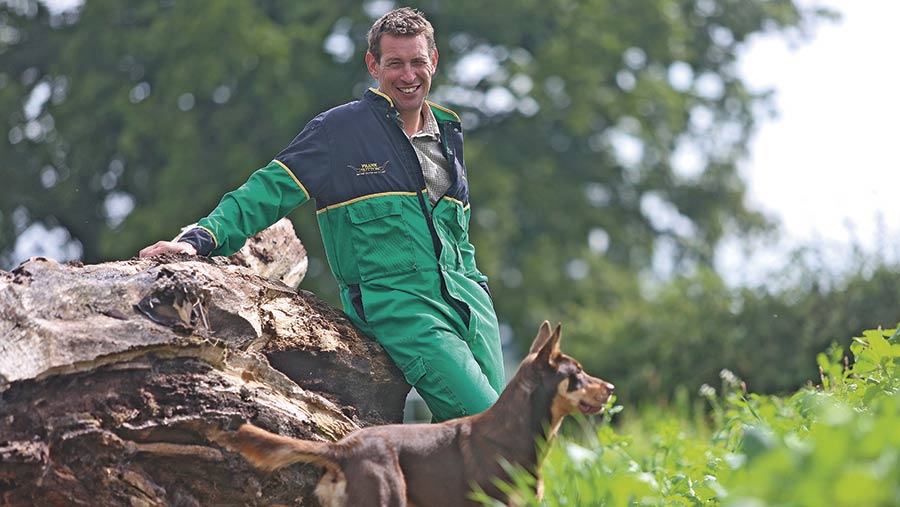 Maize was drilled a bit later than usual, but into good soil conditions. It has had its pre-emergence herbicide and is growing well.

We have been approached by Adas about the possibility of carrying out a trial on next year’s maize crop using soft wall tyres to reduce compaction at harvest.

We were asked as we have sloping land with loam soil in the catchment of the River Trothy. Natural Resources Wales is concerned about levels of soil contamination in this river.

Anything that can be done to reduce soil run-off and allow us to continue growing maize has to be a good thing.

Routine foot-trimming of the goats always seems to come around quickly and we are halfway through trimming the milking herd.

We have been doing some work weighing kids and recording the growth rates using our EID reader and software.

Work done on dairy cows proves better growth rates in heifers corresponds to better milk yields. Our vet Matthew Pugh is doing a Farming Connect kid-rearing meeting here on 17 June to see if the same is true with goats.

The Welsh Assembly election returned a minority Labour government, but at least a minister for rural affairs has been appointed this term.

The RDP funds are proving to be extremely difficult for farmers to access in Monmouthshire. Despite having good intentions, the council has so far used the money to put wi-fi in village halls and similar projects, with very little coming back to farms.

Abergavenny has been chosen by the EU for an Agri-Urban project , which aims to link farmers with the local urban population.

Hopefully some local farmers will be able to benefit from this scheme, although very few sell produce directly to the end consumer.

We managed to get a weekend away in Pembrokeshire, which unfortunately clashed with the YFC AGM. Luckily Will and Jodie didn’t attend, so were able to feed and milk while Dimitri had fun in Blackpool.

I’m just glad that phone cameras and Facebook weren’t invented back in the days when I used to go.