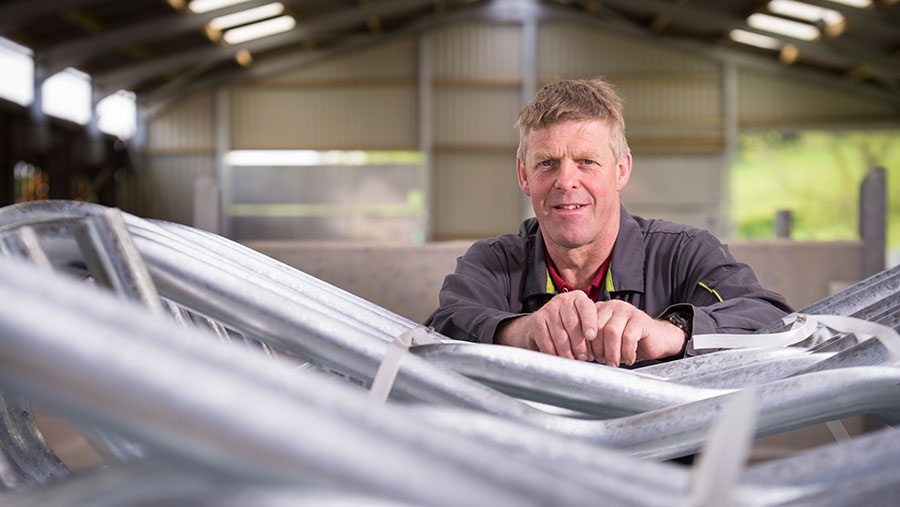 With good weather forecast we managed to get wholecrop done.

Then we decided to take our third cut off early – it had only been five weeks since we had done second cut.

We managed to do this because it was purely off slurry and there was no bagged nitrogen applied.

The slurry is now back on for fourth cut and there is some serious growth with this humid weather.

And what a difference a weekend made because the weather turned for the worst and 24ha were totally flooded.

We had to shift two lots of heifers; one lot had to swim to the gate – maybe they were getting ready for the Tokyo Olympics in 2020.

But they are all safe and sound now and on dry land.

We eventually managed to get the mats down and the cubicles up. By the time this article comes out the cows will be in their new accommodation.

Michael and Emma’s spare evenings have been taken up with calf walking.

At the moment we have nine hoping to go to the Scottish qualifier in Castle Douglas at the beginning of October.

We also had a nice visit from our New Zealand cousin Shona and her husband Alan, who haven’t been over to visit for 22 years.

Hopefully, it will be a more frequent catch up now that our families are grown up.

Encouraging news at last. There has been an increase in milk price – all I can say is long may it continue.

I went to support Moffat Show at its great new venue at the end of August.

Well done to John Jamieson of Annan Holsteins, who walked away with the champion of champions title.

My calf feeder has not been happy as the milk shuttle was not working properly.

I immediately assumed it was an operator error, but it turned out it was a mechanical error.

A new nozzle was ordered and thankfully calm has been restored.

And can you believe it, we’ve had another Jersey heifer calf.