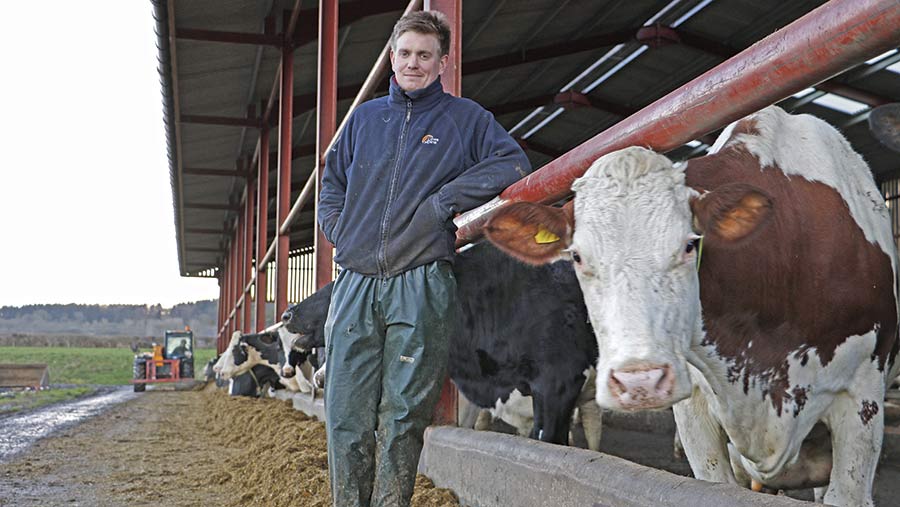 It has been a relatively smooth transition back into post-holiday life.

Everyone had done a great job of keeping Lower Wood running while we were away, but they did seem very pleased to see us as we arrived back a little bleary eyed on 11 January.

Jetlag has not been a problem for me in the past, but this time it took a good week. Being awake at 3am in the morning is not normally an issue for a dairy farmer.

On the farm things are moving forward nicely. We had a bit of a panic in early January about forage stocks – well, more specifically, grass silage.

We like to keep maize in the diet year round, so it is always a balancing act of not feeding too much at this time of year. As a result, we are now putting 1.5kg of chopped straw into the ration and have increased the blend.

What we had not anticipated is the sudden jump in milk. We even managed to peak at 34 litres for two days, but are now running along nicely at 32.5 litres, which means January has been a nice month of record milk sales at Lower Wood which will hopefully mitigate the milk price drop a little.

We have been scratching our heads about why things have jumped. Obviously, my argument was that it was the return of the feeder man from his travels.

In fact, as with all things in farming, it is a combination of many things. We are relatively fresh at the moment at 155 days in milk following a lot of calvings in late 2018.

Multicut grass silage has been a positive, with our peak being achieved on third cut. The maize will have matured further and we have finally changed our blend.

We have now moved to buying in straights and mixing it here.

The quality of the product looks good and we have also been able to take advantage so far of buying at the right times. Although I am now paranoid/obsessed about whether I should be fixing feed prices.