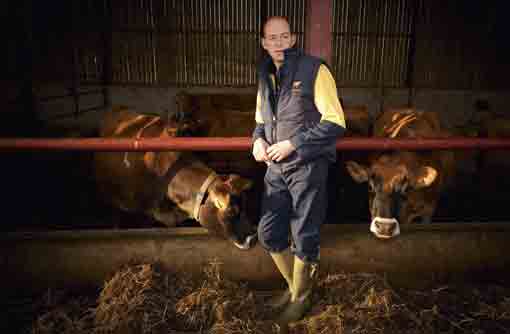 No exciting trips this month, apart from a visit to the autumn Malvern Show. My daughter and two friends (all 14 years and under) had to create a four-course meal in one hour – on was a trestle table and two gas camping rings.

The standard in this YFC competitions was ridiculously high with most teams having a senior, intermediate and a junior member competing. One of the judges was from master chef.

The winners did exceptionally well and I think we need to congratulate our northern Durham neighbours who had developed a way to make Yorkshire puddings and apple pie on a gas ring. Annabel, Toni and Rachel did well for such young and amateur contestants achieving 22nd place out of 68 in a national competition. I doubt many kids can boil an egg at that age. I know I couldn’t.

The trip to Malvern has made me appreciate that the only commute to work I have is a 100 yards dash out of the door. The M6 on a Friday is hideous. This little island is just not big enough for us all and not only is the population growing but it has been announced that we are no longer self sufficient for food. No shocks there then.

So here we are again preparing ourselves for winter. The cows are now housed at nights, and this great end of year has allowed us to have the cows outside during the day still eating nutritious grass. With silage quality better than last year (and plenty of it) along with milk price firming, let’s hope for a better 12 months than last.

Our new breeding program is starting to show now with quite a number of British Blue cross beef calves on the ground. I have been serving the maiden heifers on sexed semen, but this is proving to be a slow and costly. Out of the last batch 40% held to first service, compared to our 90% conception rate with conventional semen. I would be interested to hear from others with better success.