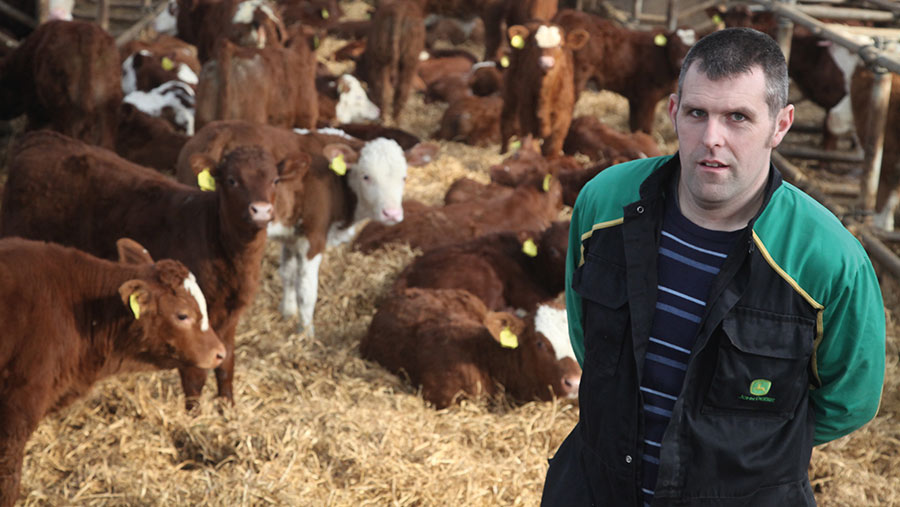 Despite May being cool, damp and sometimes rather windy, there is lots of grass around.

After putting on less fertiliser, there was more cover on the grazing fields than there would normally be.

It annoys me if the grass gets too long, but it’s better to have a bit more than too little.

Unfortunately, issues with the sheep have kept on coming. We have never had any problems with clostridial diseases, so have never needed to vaccinate.

That has changed this year, so the lambs have been given a vaccination for this as well as a drench for coccidiosis. We were lucky to get the vaccine before supplies became an issue.

Although I don’t have barley of my own, I have three fields rented out with barley being grown on them.

Our farm is made up of three blocks of land. Block one is the home farm, block two is a mile away and block three is eight miles away. There is one field of barley in each of these blocks. The reason I mention this is because of grubs (leatherjackets).

We get told that dry tufts of grass are a breeding ground for grubs. The field in block three had a lot of dry tufts of cocksfoot, which was why I ploughed it down. There is no sign of grubs in it at all.

The field in block two, which has been cut and well grazed since the last time it was reseeded, has been badly hit by the little blighters.

Before this year, I’ve only had two crops affected in the time I’ve been farming – in this same field and the one next to it.

I would like to know what it is they like about those two fields, but I don’t think it is dry tufts of grass.

It was good to welcome the first group of tourists for this season onto the farm at the end of May.

It always seems to be a rush to get the cattle courts and calving pens cleaned out, and the farm tidied up a bit, but it’s great to meet new people from across the country and show them what we do.