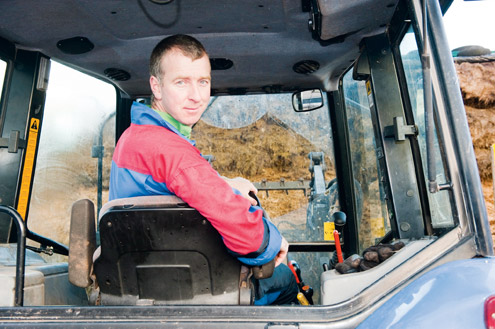 Congratulations to the RABDF for managing a successful move to a new date in July for the Livestock Event – a gamble that looks as if it’s going to pay off, with record numbers of attendees on the two days. My first port of call at the NEC was the DairyCo stand in its usual prime location, well populated as ever with several high-calibre board members willing and receptive to feedback.

As a dairy producer and reasonably contented levy payer, I feel the responsibility to leap to the defence of DairyCo, who have been receiving a good kicking by some of our so-called industry commentators recently. While not perfect, if DairyCo does have a fault, it’s not getting the message across to producers about how much good work they are actually doing to promote good practice, innovation and efficient dairying, not to mention how increasingly accessible its work now is. Keeping everyone happy in such a diverse industry is a tall order and perhaps unachievable when some prefer to focus on what isn’t being done, rather than what is. If you’re not sure where your levy is going, taking a quick look at the DairyCo website should convince anyone their money is being well spent, unless you’re incredibly fussy, and if that is the case, get yourself elected to the board.

Thank you to everyone who made the trip to Cumbria for the British Grassland Society (BGS) summer tour at the end of June. For three fantastic days we enjoyed “A Taste of Cumbria”, visiting eight farms offering huge diversity within our beautiful county. It was a really successful event and credit should be given to the BGS staff and the local organising committee. The highlight was, of course, the visit to Dolphenby (I’m slightly biased) on the last day, where more than 200 visitors got the chance to see the potential that grazed grass can offer profitable, modern dairying.

We’ve just sheeted up the silage pit for the third time so far in 2013, grassland decision-making seems so easy when compared with the reactive decision-making of the three previous summers. It’s so nice to be able to make a plan and stick to it.