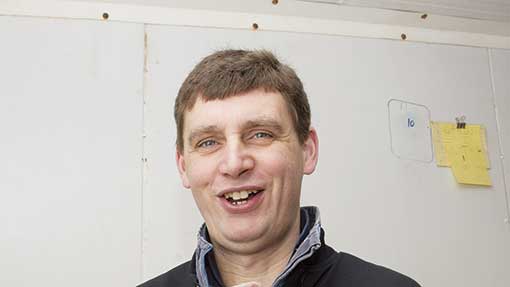 One month of the year has gone already. Christmas will soon be here before we know it. In the north-east of Scotland we have been very lucky with the weather, unlike the west and south of the country.

We have had almost no wet weather until the middle of January, giving us the chance to spread farmyard manure and plough for spring crops. Unfortunately, NVZ rules don’t allow slurry to be spread until the end of January. These perfect ground conditions will, without doubt, not be around when slurry can be spread. It is a shame we cannot adjust the rules to suit the weather and use some common sense.

CAP is a big talking point at NFU meetings at the moment and of great importance to those who get an income from their single farm payment. Every farmer has a different view on how it should be allocated, so I might as well give you my simplistic view.

First, I would put less emphasis on environmental issues. Good farmers will look after the land and environment as it is in their interest. I always thought the point of the payment to farmers was to make food available to the housewife and husband at a reasonable price. Therefore payment should be associated with production, and as a pig farmer it would be nice to get a wee bit of it, but I know that will probably never happen. All land should be used to its best ability. Livestock should be encouraged into the hills and poorer pasture, leaving the better land for cereal and vegetable production, so LFA (Lesser Favoured Area) payments are vital, as is minimum stocking rates.

I would also like to see single farm payments be non-transferable and staying with the land – so whoever is farming it gets the payment – allowing new entrants the same chance as existing farmers. So-called slipper farmers must go. They are bad for working farmers and the public image of farming.

Well, that is some of my views. I know everyone will not agree with my thoughts, but that’s fine. Less politics, more pigs in my next article.