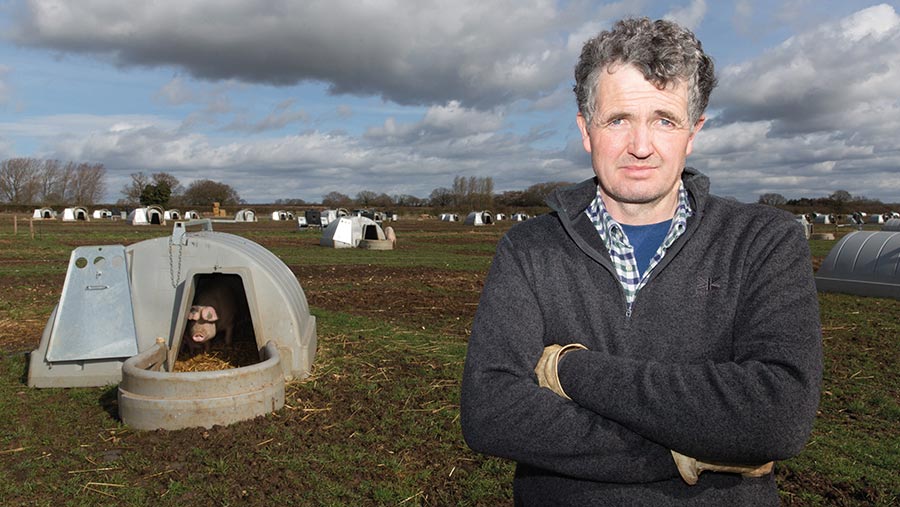 There’s a real buzz on the farm at the moment. I think it’s fair to say we’ve had a great summer.

Over the course of the past few months, we have seen some of the best performance ever out of our pigs. Both units are inching ever closer to a once unimaginable 29 pigs a sow a year.

I can also report that our most recent staff recruits have all fitted in well and are now contributing enormously with the progress we have been making on farm. Our sows are as healthy and contented as I have ever known, thanks largely, I’m sure, to the success of our cover crops which they enjoy so much.

Just to cap things off, we have recently learned that the farm is a finalist in several categories of the National Pig Awards.

However, the bigger picture within our industry is very different. Time after time we hear of the worrying challenges we are facing after Brexit and Covid. Difficulties include rising feed and fuel costs, labour shortages, falling pig prices and the changes in trade both for importers and exporters.

Recently, I was listening to the news about the carbon dioxide shortage.British Meat Processors Association chief executive Nick Allen was warning that within weeks processing could stop and no British pork would be available on UK supermarket shelves.

The knock-on effect of this at farm level would be unthinkable, and with so many producers already under enormous pressure, these are grim times.

I know the men and women that lead our industry will be tackling this latest crisis, just as they have with all those that have gone before.

I think all we can do as UK farmers is carry on working to produce great quality pigs to the world’s highest standards of animal welfare, share our farming story and sell our values to consumers as much as we can.

It’s not going to be easy, but one thing is for sure, none of us want to see all that we stand for go to waste. Optimistically, I hope for many more great summers.