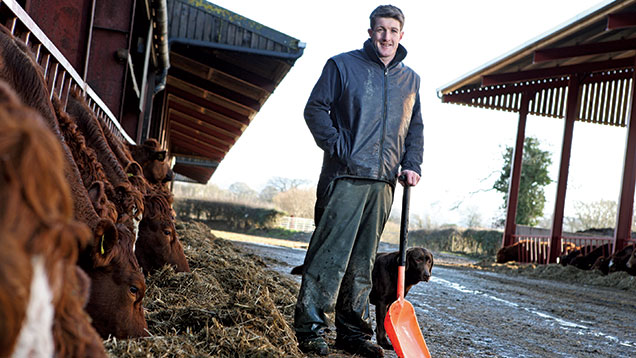 It is that time of year when despite trying to keep the cattle out as long as possible, it is also a relief to get them all in and have full control of them.

The spring-calving cows have been weaned and housed, but due to staff shortages, we missed vaccinating for pneumonia. I may pay for this, but it is something I have been toying with for a few years, but have been too scared not to do.

In recent years I have improved shed ventilation, reduced stress by using fence-line weaning and become accredited BVD-free. We have not had any pneumonia, but we were vaccinating.

I am aware vaccines are cheap compared with an outbreak, but if we can avoid their use all the better. I’m sure next month I shall be writing about an outbreak of pneumonia and asking the vets for advice.

“I am aware vaccines are cheap compared with an outbreak, but if we can avoid their use all the better. I’m sure next month I shall be writing about an outbreak of pneumonia and asking the vets for advice.”
James Evans

I was also lucky enough to be one of the speakers at this year’s Eblex conference. I think the overall mood was good and most people left feeling confident about the future. I came away with the message that demand for beef and lamb will go up, leading to a price increase, but as an industry we need to work on our costs.

Alan Wilkinson of HSBC outlined that differing costs in the beef sector are far greater than any other. We need to be more business-like and commercially minded.

Lambing in April means the rams have only just gone out and true to form, one of my best rams was slightly lame. We put some raddle on his brisket and sent him to see what he could do.

Before he had even reached the field he had served 13 and by the next morning he had covered over a third of his entire workload.

I don’t know whether it was through sympathy or sheer determination, but I seem to recall a good friend of mine in Young Farmer days being on crutches and achieving similar results.