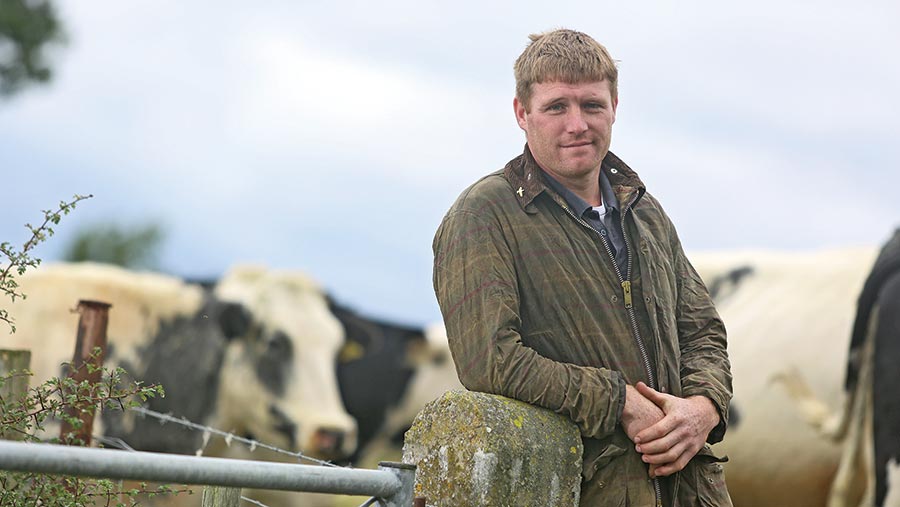 I have some good news. We have passed our first TB test since we went down back in April.

It was a sigh of relief all round and hopefully restrictions will soon be lifted to allow us to trade freely.

Having had to bring cattle in for the test, we made the decision to keep all youngstock housed, despite the weather being good. They have been wormed using a pour-on.

Economist Warwick Lightfoot gave a presentation at the Farmers’ Union of Wales’ conference, talking about agriculture after Brexit.

He did not mince his words. He believes the taxpayer should not be subsidising large estates, investment farms or institutions with land holdings, as these should be able to stand on their own two feet with the economies of scale they have.

However, he is supportive of preserving the Welsh family farm and the countryside. He thinks payments should come in the form of a “park keeper’s payment”, with sheep becoming a by-product and kept for appearances alone.

We might not like it, but I can’t help but think he is not far from the truth about how support will work in future.

Unfortunately, I don’t know where this leaves future generations. The Office for National Statistics shows young people are abandoning rural areas for towns and cities with better job prospects.

If agriculture is not supported, how will we make it an attractive prospect for young people?

With council holdings being sold off, there is little opportunity for youngsters who want to get into agriculture. Rural farming families are essential to the rural economy and community.

I was asked to attend the Powys Transition Towns and Low-Carbon Community Network conference titled: “What shall we eat? Considering welfare and well-being” to tell the attendees what I do.

The audience was attentive and many approached me afterwards to thank me and other farmers for what we do, even though there was a strong anti-meat-eating sentiment running through the room.

Glyphosate and GM were big no-nos and somebody asked what my solution to TB was. I gave a clear and reasoned response why badger culling was necessary. Nobody booed or jeered me and survived to tell the tale.