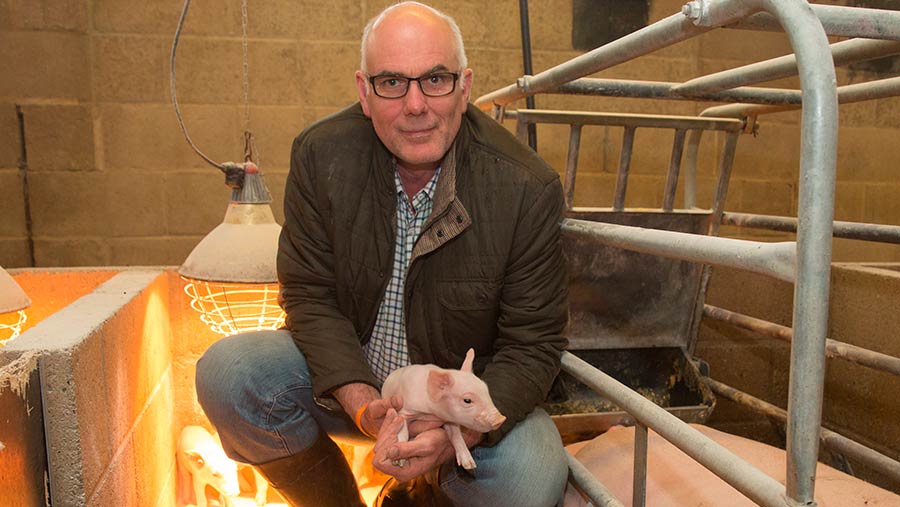 They say troubles come in threes and since my last article that has proved to be the case.

Dave has gone off sick for several months for a hip replacement operation, Eddie had an operation on his hand, which went fine but on his return sliced a major part of his little finger on a gate catch and required seven stiches and him to be off for two weeks.

Finally, James required time off to move house. All this left the beloved and me feeling rather alone and overworked.

The country has voted and expressed its opinion which has to be respected. Why do I get the feeling we are liable to be visiting the poll booths sooner than we should and the likely outcome of that could be disastrous for agriculture?

In terms of Brexit negotiations and the UK as a whole, I see it as a simple farmer so think that “if it isn’t broken don’t fix it”. I think the prime minister may get more than she bargained for.

The herd continues to improve performance wise with piglet preweaning mortality at the lowest point ever. When coupled with a consistent born-alive figure our weaning number is back to levels we have not seen for three years.

Furthermore, with the improvement in conception rate over the coming months we are looking forward to a major lift in our sales and cashflow – we may just get a Christmas card from the bank manager.

There are several reasons for the return to our current level of performance but the main thing is the fact we now have got control of the herd health status.

I am convinced an in-depth knowledge and, more importantly, an understanding of where the herd health status is at all times is crucial to maintaining performance and coupled with a staff understanding and interpreting this data it should leave us in a great position.

Lastly, I would like to offer my sincere condolences to the friends and families of those who have suffered as a result of the recent terrorist activity.

Tony Bayles runs a herd of 1,000 sows producing 7kg pigs and all his own replacement stock on contract to a large local producer.