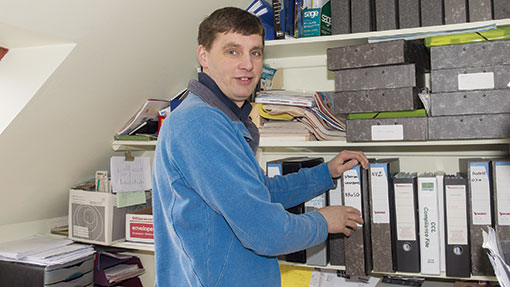 Last week we had our quarterly monitor farm meeting. The first half of the meeting was titled: Farm budgets – the process and value.

In the past we have not done a whole-farm budget. Instead, we’ve just used gut instinct and the back of an envelope, but we now have a one-year spreadsheet showing us our expected income and expenditure every month, although this is guesswork regarding the pig and cereal price, which will obviously make an immense difference in the profit and loss of the business.

I am told the farm budget will get easier and more accurate with time. We will wait and see. We also went through our production figures which are reasonably static at 28p a sow a year.

We vaccinate against pneumonia, but coughing is increasing and lung scores in the abattoir are getting worse. Therefore a new in-feed medication is being trialled to alleviate the disease pressure in the growing section. This has led us to organise the partial depopulation of the unit and a timetable is being drawn up this week.

In the second half of the meeting we went through the final results of our individual pig weighing exercise. This showed how varied the batches and individual pig growth can be. The tail enders of each batch – although only 2–3 % of the pigs – can be five to six weeks behind the main group at slaughter. We were advised to sell these at a lighter weight as they are costing us money and space.

The Russian ban on European pigmeat is having a detrimental effect on price on the Continent, but due to the British supermarkets commitment to buy British pork, the price drop has been less noticeable in the UK. We don’t often praise the supermarkets but this time we must.