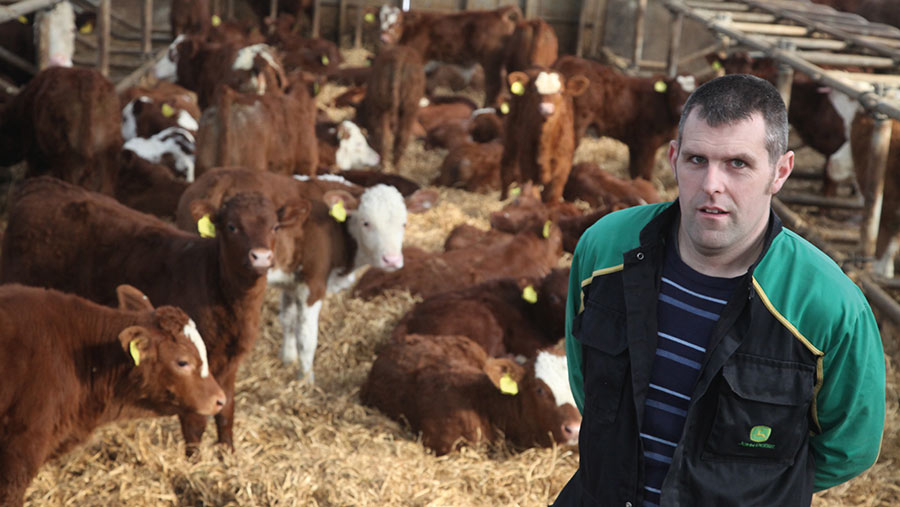 For the first few years I was farming, I naively thought that once I got a few jobs sorted things would be much easier.

Getting the buildings the way I wanted them, altering fences, laying roads, pouring a bit of concrete and culling the problem cows were on my to-do list.

But each year and season brings its own challenges.

One problem I’ve been having these past few years and which has become a lot worse this winter is cows throwing silage over their backs. It’s a downside to having baled silage and a real pain when mixing and spreading slurry.

A friend had told me he had the same problem and put an electric wire out in front of the cows. If they behave themselves all is fine, but if they take the notion to send some silage skyward they get a surprise. Thankfully, it has done the trick.

The weather this winter has been decent, and the ground hasn’t been too wet until recently. Any fencing or other outside jobs which I get done in the dead of winter feel like a bonus.

I’ve been helping my in-laws and another friend these past few months with some house-building work.

Had I not been able to get a job on a farm when I left school, my second choice was to be a joiner. I don’t have the skills or the patience to be a joiner, but I do enjoy making and erecting kit houses. It’s a nice change to do it again after about 12 years.

Livestock shipping has come under the spotlight once again. The consultation document out at the moment proposes all sorts of silly ideas, from not shipping stock when the wind is more than Force 6 or if the temperature is below 5C.

There are cattle in some parts of the world outwintered at -30C and in this part of the world Force 6 is just a good day for making hay.

Hopefully, common sense will prevail and these proposals will be scrapped, or farming as we know it in this part of the world is finished.