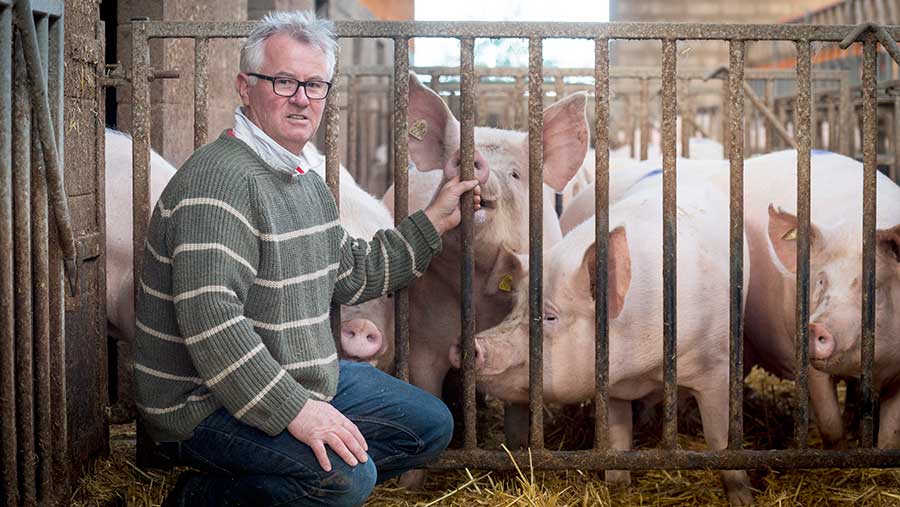 European producers have been receiving nearly 20p/kg less than us due to the weak pound and our pork getting a premium for being higher welfare.

However, because some of us use high welfare straw-based systems and have higher production costs because of labour, are we at all better off?

A 300-sow intensive unit in Europe could be run by one full-time and one part-time worker because it would be fully slatted and fully automated compared with a typical 300-sow unit in the UK, which would need at least three full-time staff.

We had our Red Tractor Farm audit yesterday – six hours from start to finish by a very competent, professional auditor going through everything with a fine-tooth comb.

I felt I deserved a large red wine with my supper afterwards. Over the past 10 years I have been fortunate enough to visit pig farms in Italy, France, Holland, Denmark, Belgium and Germany and I can tell you they would all have failed a Red Tractor Farm audit on multiple non-conformances.

Having had our Red Tractor audit we have also received a letter telling us our feed mill is to be audited next Monday by the Veterinary Medicines Directorate.

Because we mill and mix most of our own feed (wheat, barley, straights) costs have remained fairly stable but the price of the vitamin has gone through the roof.

The steep price rise is mainly down to two factors: a fire in a large vitamin manufacturing plant in Germany and a tightening of environmental laws in China, which has resulted in some factory closures. Vitamin A for example was €18/kg this time last year but it is now €400/kg.