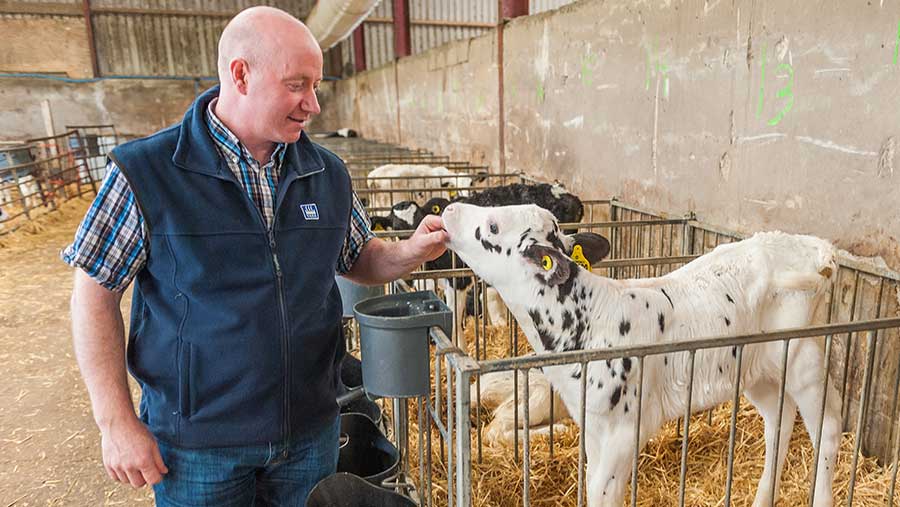 I had the pleasure of attending the Semex conference in Glasgow in January, which was probably the least controversial event I have been at for a while.

There was a bit of the usual Brexit (going nowhere fast) chat and I was very impressed with Dr Jude Capper’s presentation on our image to the vegan and the environmentalist.

The funniest comment she made was that every vegan she met was angry and every farmer was happy.

About 1% of the population is vegan, so they aren’t going to convert the world. However, we cannot neglect what they are up to, as their social media skills are way better than ours in the way they deceive consumers about our welfare standards.

I totally believe it is everyone’s right to choose what diet they want to follow, I just can’t see why vegans can’t find enough positive information to promote their cause without campaigning against every other lifestyle.

Vegan food’s carbon footprint is also alarming and in poorer countries they are seeing their staple diet foods rise in price due to vegan demand.

I was very impressed to hear what the AHDB and Dairy UK are doing to promote dairy to the younger generation, targeting the 22- to 36-year-old on the great benefits of including dairy in their diet.

It comes across as quite humorous, but delivers the message. It’s interesting how more people are watching online adverts rather than TV.

My next conference was the Scottish Agriculture Organisation Society event, which is all about farmer co-operation and better food chain collaboration.

Professor Janet Godsell gave an excellent presentation on the supply chain where it does/doesn’t work and basically the one point that stuck with me was that we need a plan.

We have no example of where there is a plan from consumer to farmer. What we have is a short chain between processor and retailer, which 99% of the time is just based on price, creating spikes of volatility and wasting food.

After listening to what Ms Godsell said, I believe there is a margin for us all and with my NFU Scotland hat on I will continue to press the government to speed this change.