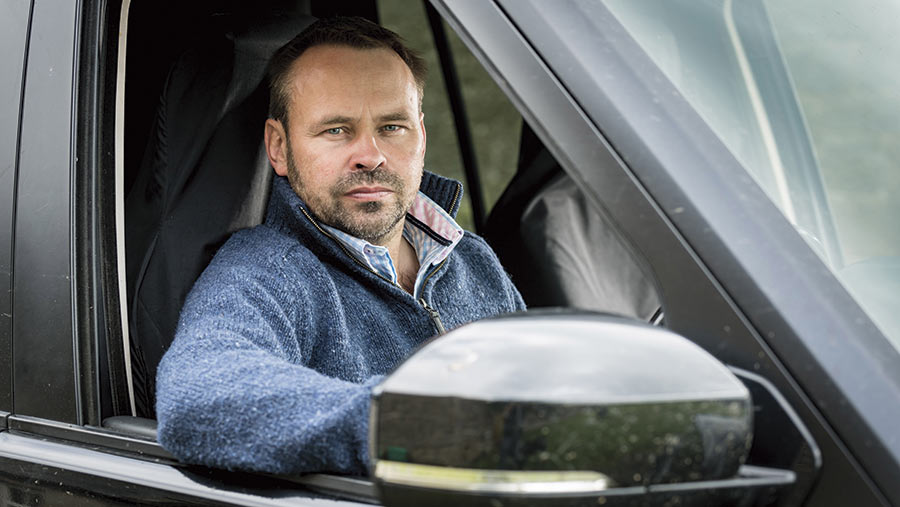 So, that’s our first flock of hens complete. Hens are out, building mucked out, washdown team in, cleaned, disinfected and diatomaceous earth applied.

That one sentence does not really sum up the effort involved in the past three weeks. Hard graft, stress, several bruises and a burnt-out motor, followed by an endless list of jobs to do before the new hens arrive in a week or so.

The hen muck is going on to the fields being sown into brassicas for finishing lambs on this autumn and winter. We have applied manure, ploughed, worked and sown 7.2ha.

We have also sown 32ha of barley/vetch wholecrop, undersown with red or white clover and high-sugar grasses. Fields are already starting to green up nicely.

Ewes and lambs are now out of their lambing fields and all silage fields have been shut up. This has happened later than we would have liked, but the grass growth on the permanent pastures has been very slow.

The yearling bulling heifers have been weighed and pelvic measurements taken and their comprehensive BVD, leptospirosis and lungworm vaccination programme has commenced. A cobalt, selenium, iodine and copper bolus has also been given.

Four out of 64 heifers failed their pelvic measure and one had temperamental issues, so we have 59 to bull ourselves or sell. The last of the prime cattle are now away at an average of 24 months old.

Calving is nearly over, with three left to calve at the time of writing (29 May). It has been a long six weeks and everyone has run out of steam now.

Calving, lambing, drilling, hen depletion and clean-down in a short period of time takes its toll. A holiday needs to be booked.