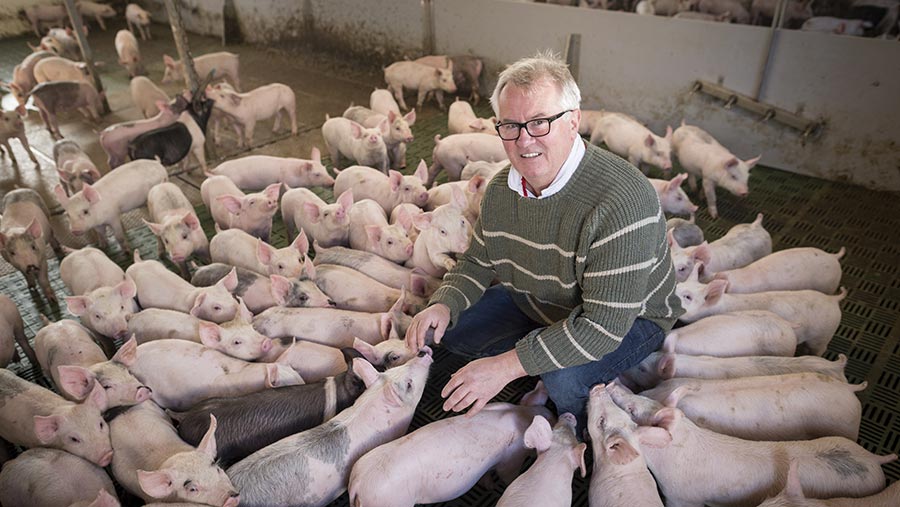 It looks like it could be time for us pig farmers to batten down the hatches and weather a pending storm.

Our arable farmers have had one of the toughest growing seasons I have ever known so you can’t begrudge them the better wheat prices they are receiving.

Being a home mill and mixer, we can at least use the maximum inclusion of cheaper barley, whereas compound users don’t have that option as barley does not pellet well.

Finished pig prices are still drifting down but the real fly in the ointment is African swine fever (ASF) in wild boar in Germany, which has resulted in the country losing its export market to China.

This means there will be 600,000t of pork needing to find a home in Europe.

The cull sow market, which was already right down due to Covid problems in the main abattoir in Germany, has now fallen through the floor due to the ASF discovery.

The one bright note is that China/Far East is still short of pigmeat so hopefully we will pick up some demand there.

Come 31 December, when the Brexit transition period ends, we should benefit greatly as most of the pork that comes into the UK is produced in systems of production that are illegal in the UK (ie sows housed in sow stalls during part or all of their pregnancy).

I hope – though I very much doubt – the bodies that are paid to represent the pig industry will challenge this practice, as wholesalers/supermarkets/butchers that go for the cheaper and therefore more profitable option, will surely be breaking the law.

The last two batches of sows that farrowed have probably been our poorest for the past 18 months. We had more low-viability piglets, still births and mummified piglets.

We should still wean nearly 13 piglets/sow, but it is down on our normal 14.

From what I can see this is not a current health problem, but a legacy of a week of really hot weather we had in the summer which neither us nor the pigs found particularly comfortable.