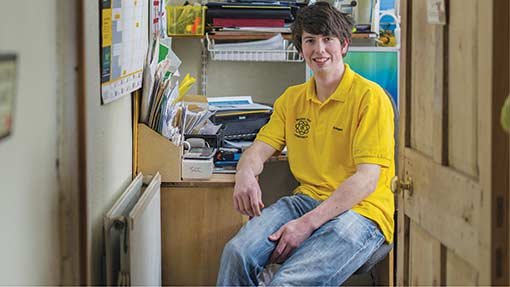 Having retreated to the office I’m struggling to know what to write. Truth to be told, there isn’t a lot going on right on now due to the weather. Just what can we do?

Yes we’re calving the spring cows, and touch wood everything is going ok. With Hannah and I rearing our Holstein bulls for rose veal it’s pleasing to see all the calves doing so well. But apart from that what else are we doing? There’s winter fencing which hasn’t been done, the slurry pit fills as soon as we empty it and everything is still inside with little hope of going out until March. I’m fed up of putting already wet waterproofs back on just to check the cows.

These thoughts soon disappear when I think of our farming colleagues further up the West Country and the chaos that surrounds them. How on earth has this been allowed to happen? So the weather has been bad (an understatement in the least), but the consequences have all been avoidable. Any relief from any sort of authority has been late coming or non-existent.

Once again, the farming community has rallied around to help out their fellow farmers. Fodder and bedding has been donated and hauled from all parts of the country. Even the Wurzels are doing their part. In times of a crisis it offers me some comfort that should the worst happen to someone, there’s a network of people involved in farming willing to do their part to help out.

So what can I do? The money I usually receive for writing these words I have given to RABI. It’s not a lot – might buy a couple of bales of silage or straw for somebody – but it will help somebody. I would encourage anyone reading this to give something. Skip that extra pint down the pub on YFC night perhaps? Don’t have that fried breakfast at the market cafe? Anything is better than nothing and in too many instances now, that’s all that those poor people in Somerset have right now.

For more from Ross Symons