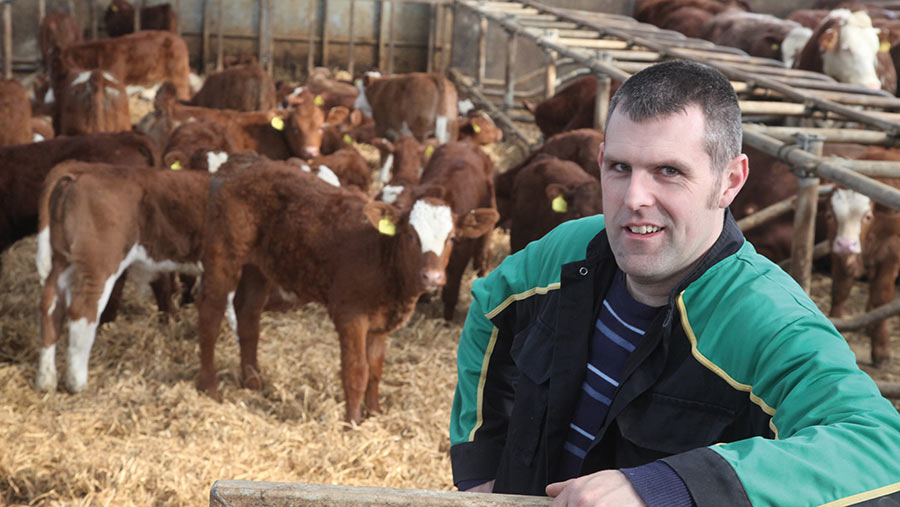 There was very little action for the first five days when we put the tups in last year.

It was a bit worrying at the time and I’m still not completely sure of the reason, but I’m glad now.

Lambing has just started, and the weather forecast has been grim. I was hoping that most of the ewes would hang on until the cold weather had passed.

We are lucky to have plenty of shed room this year. We have had good success the past two years using probiotics to keep the sheds healthier. This will certainly give the product a test if the ewes and lambs are inside for a prolonged period.

We bought a basic camera which works with a 4G sim card. Our internet connection wasn’t brilliant, and we always put that down to where we lived.

However, with Zoom calls becoming a part of everyday life this past year, along with the bairns being home trying to get their work done, we have changed to a wireless connection, and what a difference.

I know nothing about this type of technology, but it feels like we have moved from a Clydesdale with a sore leg to a tractor with a quiet cab and air–conditioning.

Calving feels like it’s over. We haven’t had any calves for a week, but there is still one cow hanging on.

We had 50% calve in the first three weeks and had 92% calved by the end of the second cycle.

It has been a bit more spread out than the past few years, but I didn’t have to run around collecting field gates to make up any last-minute calving pens.

The good dry spell we had in late February into early March was a great chance to get slurry out.

A combination of calving and NFU meetings meant I had to get a friend to come and spread the slurry for me. The fields which were done are looking better for it, although I do hope the geese leave some grass for the ewes and lambs.