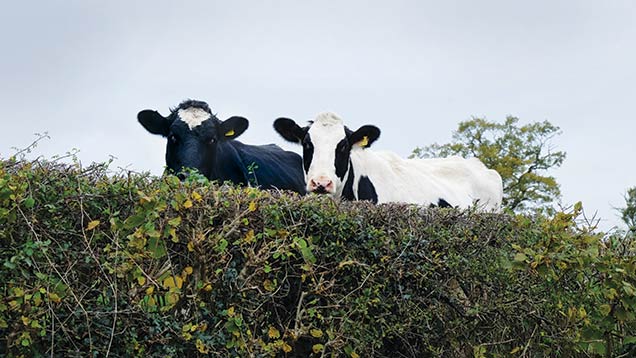 Livestock producers may think they are relatively safe when it comes to the new greening and cross-compliance rules for the Basic Payment Scheme (BPS).

But there are a number of changes that are going to have an effect on even the most extensive systems.

Since 1 January this year, all farmers claiming the BPS must comply with the new rules, or face potentially hefty penalties, says Emily Evans, business research consultant at Andersons.

“From this date, cross-compliance rules will be assessed on outcomes rather than procedures, so even if you are taking action to prevent non-compliance, you may face penalties if the issue still occurs,” she says.

“It is therefore important to understand the new requirements, and take steps at an early stage to avoid potential penalties.”

A number of Good Agricultural and Environmental Conditions (GAECs) have been removed or altered:

What the greening rules cover and what they protect

In a nutshell – greening penalties

EFAs are a type of environmental set-aside and require 5% of the arable area in a claim to be put into certain uses or states.

Greening penalties are based on the shortfall from the requirement. If your EFA falls short by a small percentage then you will face a small penalty. Ignoring EFA entirely would result in a BPS penalty of 15%.

Many livestock farmers will be exempt due to having more than 75% of their eligible land in permanent and temporary grassland, with their remaining arable land covering less than 30ha.

It is important when calculating EFA obligations to understand the distinction between eligible land and arable land.

Those who do have to comply with the rules may find they are already carrying out a number of measures that could satisfy the requirement.

Options for EFAs include buffer strips – areas of grass that bound a watercourse on or next to arable land.

Even if they already exist through an environmental stewardship agreement, buffer strips can be used to satisfy EFA requirements.

Whether 1m wide (minimum width in England – see next page for Scotland and Wales) or 10m wide, each metre length of buffer strip will be worth 9m of EFA.

The area must not be used for crop production, although if it is temporary grass it can be grazed or cut so will not need to be fenced.

Temporary grass (not to be grazed or silaged) and certain other crops can be grown on EFA land – such as nitrogen-fixing peas and beans as well as clover and lucerne, but these must be grown singly, not within grass mixtures.

There are no rules limiting fertiliser or herbicide applications and each hectare grown will contribute 0.7ha of EFA.

The farm has 3.1ha of ecological focus area (EFA) in hedges and other existing features.

Although grassland covers 79% of the land, the remaining arable area is more than 30ha, so this farm must meet the three-crop rule.

The required EFA area is 5% of arable land – or 6.1ha in this case – so the farm needs to allocate another 3ha of land, or land equivalent in EFA features, if it is not to suffer a penalty.

The farm can use buffer strips to increase EFA, use some of the grassland as fallow (leave ungrazed from 1 January to 30 June) or include some lucerne or other nitrogen-fixing crop instead of kale or maize.

The calculation of EFA requirements is the same in England, Scotland and Wales, but the qualifying features and their management rules differ.

For example, dates for fallow land are different for each region (15 January to 15 July in Scotland, 1 January to 30 June in England and 1 February to 31 July in Wales).

Buffer strips in Scotland must be 2m wide, stone walls can be used in Wales, gaps in hedges can be up to 20m in England, 2m in Wales and in Scotland hedges cannot be used at all.