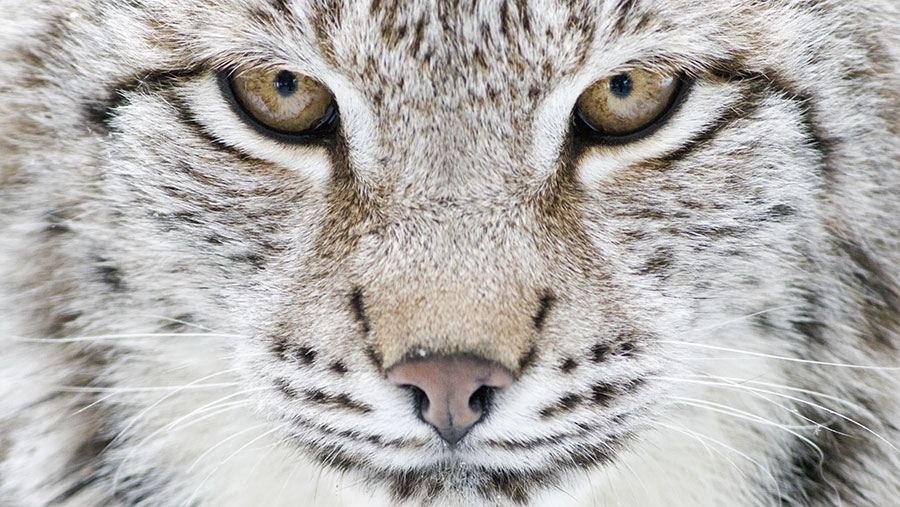 Scotland’s cabinet minister for the rural economy has said lynx will be reintroduced over his “dead body”.

Discussing plans to reintroduce wild lynx to the country at NFU Scotland’s annual conference on Friday (9 February), Fergus Ewing said: “I cannot and I will not support anything which creates further gratuitous challenges or difficulty for our farming sector.”

“There will be no lynx in Scotland,” he added. “This will happen over my dead body.”

Mr Moan, who farms 300 sheep and 17 beef cattle on the Fosen peninsula near Trondheim, told delegates he lost dozens of lambs every year because of predation.

Predators in Norway included eagles, bears and wolves, said Mr Moan, who was invited to speak about his experiences as a farmer.

But historically lynx had done the most damage, he told NFUS delegates on Thursday (8 February).

Although a compensation scheme was in place, it was often difficult for farmers to get government help because each case of predation had to be individually inspected.

“I hear that they are talking about releasing lynx in Scotland. That’s crazy. To bring lynx into Scotland would be a disaster.”

The Lynx UK Trust, which is campaigning for the reintroduction of the Eurasian lynx into Britain, has acknowledged the animals occasionally take sheep from farmers.

I hear that they are talking about releasing lynx in Scotland. That’s crazy. To bring lynx into Scotland would be a disaster Kristoffer Moan, Norwegian livestock farmer

But it says all the signs are that the impact is minimal and can be very easily compensated.

The trust says the situation in Norway, which has about 400 lynx averaging as many as 20 sheep kills each in a year, is much different to elsewhere.

“The reason behind it still isn’t totally clear,” says the trust.

“However, sheep in Norway are largely left to roam unattended, hill farming style but often within mountain forestry rather than out on a moor.”

It adds: “Wherever sheep are kept in open places; farmer’s fields, or out on a moor, they’re extremely unlikely to run into much trouble.”

The trust believes benefits from reintroducing lynx – such as income from agro-tourism – would outweigh any disadvantages and farmers should be compensated for lost lambs.