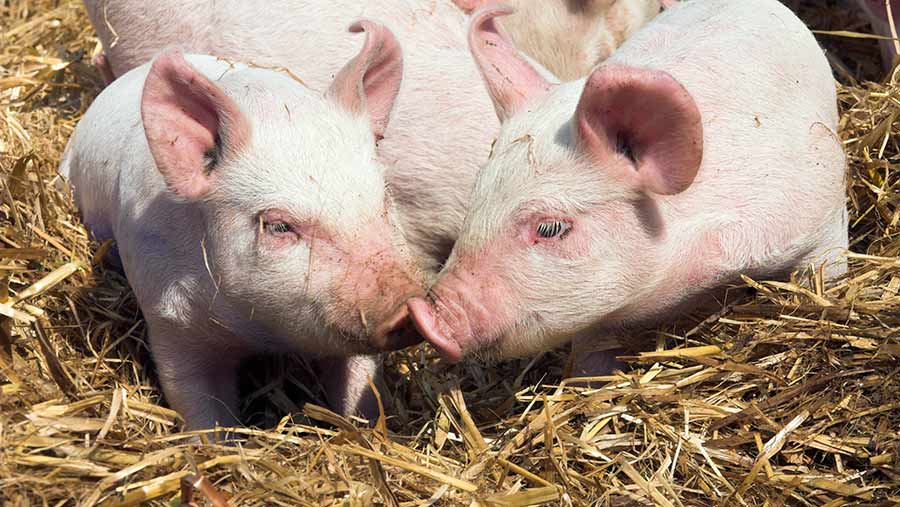 Pig farmers are positive about the future, according to a new survey by the British Pig & Poultry Fair.

However, poultry producers have a slightly more mixed outlook, with broiler farmers much more positive about the future than those in the egg sector.

Based on responses from 100 pig, poultry and egg producers, the survey found that 68% of pig farmers view the outlook for their business as positive, compared to 83% of broiler producers and only 56% of egg farmers.

See also: 8 key questions for pig producers ahead of Pig and Poultry Fair

What challenges lie ahead?

In the pig sector, the greatest challenges seen by producers were:

“The future could be very positive or negative, depending on our Brexit strategy,” said one respondent. “We have the opportunity to make changes independently of EU legislation. If we don’t use this opportunity to assert positive change in our industry, then producers could be facing an unfair deal.”

Both egg and broiler producers perceived the greatest risks to be:

Egg producers – who were predominantly free-range – also cited lower sale prices as a problem, while availability of labour was an issue in the broiler sector.

With retailers already in a price war, the challenge for poultry producers will be to secure sufficient margin, said NFU Poultry Board chairman Duncan Priestner, who will be chairing the Egg Outlook forum at the fair.

And given the drive for cage-free production from 2025, there is also the risk the industry will be encouraged to go free-range. However, he believes there is room for a barn-reared alternative. “Retailers are looking at non-Freedom Food options. We need to offer consumers a choice.”

Farmers are increasingly using data to drive decision making and performance, so it’s unsurprising that the majority of farmers thought data was important.

Around half also think it will become more important in the next two years.

“Brexit has already affected the industry – since the referendum the pound has weakened considerably, so feed prices have shot up,” said Robert Gooch, chief executive of BFREPA. “In the longer-term access to labour is a big concern.”

However, technology and sharing best practice could provide the answer to some of these challenges.

The results from the survey back this up, with most producers – regardless of sector – saying the greatest opportunities are using new technology to improve performance, automation, and higher demand at home and abroad enabling them to increase production.

“It is encouraging to see that there is optimism among producers,” said Alice Bell, organiser of the British Pig & Poultry Fair. “Many are looking to technology and data to improve performance on farm, and there will be plenty of solutions on hand at the Fair.”

The British Pig & Poultry Fair is the leading event for the UK pig, poultry and egg sectors, and will be held on 15-16 May 2018 at Stoneleigh, Warwickshire. Partnered by ABN, the fair is free to attend. To register and plan your visit, go to www.pigandpoultry.org.uk.