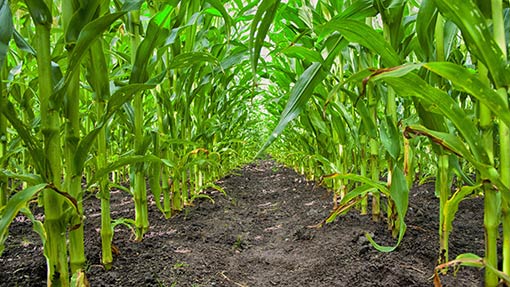 More can be done to improve the yield potential of maize, as Farmers Weekly reports.

Yield potential of maize is not being realised on many UK farms because attention to detail is not as great as that given to crops such as winter wheat and oil seed rape, says one maize expert.

Jack Torrens, technical consultant with Bright Seeds, says forage maize yields in the UK have improved by just 3% in 10 years, compared with more than 10% in Europe as a whole.

“More can be done to improve performance. Varieties across 14 trial sites, stretching from East Yorkshire to the South Coast, averaged 46t/ha freshweight, with some varieties making 55t/ha; this is not dissimilar to the top 25% of growers, yet the national average is only 35t/ha. A collective upping of the game would likely see the national average improve by at least 5t/ha,” says Mr Torrens.

But it is the attention to detail given to basic issues that he is most critical about, citing inadequate seed-bed preparation, late drilling and poor drill precision as the most common culprits for holding back yields.

“Despite the technology of modern cultivators, soil compaction is a big obstacle to a successful crop. While most attention is focused on the first 6in, for maize it is important to remove pans from the subsoil up to a depth of 18in otherwise root development is constricted.

“Drilling should be governed by soil temperature and commenced when 8C or above has been achieved for a week.

And when it comes to the drilling, Mr Torrens is astonished that, generally, contractors are left to their own devices, with few farmers following the drill to check seed depth and spacing.

The consequence, he says, is uneven planting and even some seeds being left on the surface.

When it comes to variety selection, Mr Torrens believes it is vital to choose on an individual farm basis, and on larger hectareages suggests opting for a multi-variety approach. He also says sowing different varieties in alternate rows can improve performance.

“Duo-variety drilling is established in about 10% of growers and ought to be considered by more. Through selection it is possible to create desired competition between two varieties, thus improving growth rates. It can also vary starches so as to give different rates of degradability in the rumen – always important in high-performing dairy cows.”