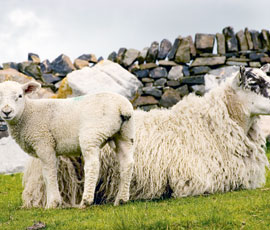 Flock health planning can yield significant cost benefits – but very few producers make use of it. Olivia Cooper finds out how to take full advantage of your paperwork.

Writing down a flock health plan may sound like a waste of valuable management time – but it could add thousands to your bottom line. Instead of accepting losses and underperformance as a fact of farming life, producers can identify areas where improvements can be made, and significantly boost profitability with very little outlay.

Most sheep farmers already have a basic plan in their mind – when to put the tup in, when to worm lambs or fertilise grassland. But writing down these critical operations, and recording health issues as they occur throughout the season, means they can take a completely integrated look at the whole picture with their vet, and identify the root cause of any problems.

“Farmers are extremely knowledgeable, and it can sound patronising to ask them to get a vet in to help create a flock health plan,” says independent vet Paul Roger. “But there is great benefit in having an independent pair of eyes and an extra layer of knowledge. Vets have expertise in preventative medicine and animal science, which can maximise the health of the flock. It also makes better use of the vet’s time, rather than calling them in to treat a problem which could have been prevented.”

The first step is to diarise critical management periods throughout the year. “This can then be used as a blueprint for whoever is looking after the flock.” Include standard protocols for tackling common diseases, to ensure consistent management between different workers.

Record keeping
Producers should then record production figures and health problems as they occur, to create a baseline and identify areas of underperformance. “If you don’t record diseases, and possible reasons for them, you are missing a trick in how to reduce the incidence of disease,” says Mr Roger. “The more you record, the more effective your health plan will be.

Keeping such records can also help in the event of a zoonoses outbreak, and to isolate cases of contaminated feed or imported infection, for example. “It is also a good form of early warning system.”

Although all sheep farmers should have a written health plan under the welfare code, it should not just be a document that sits in a drawer, he adds. “It’s a very simple way of improving flock health, and profitability with it. Identify your top three problems to focus on in the first year, and revise them each year. Taking a co-operative approach with your vet can pay real dividends.”

Using evidence like metabolic profiling and worm egg counts is extremely valuable, feeding into pasture management, nutrition and worming strategies. “Each pasture and season is different, and establishing what is happening on the farm will save you more than you spend.”

Farmers commonly spend too much on routine worming, increasing the chance of anthelmintic resistance. Incorrect administration of vaccines and medicines is another loss-making area, wasting both time and money. “Most issues can be resolved quickly and easily with a short talk with your vet, once you have all the information gathered together.”

About 80% of flock losses occur within two weeks of lambing, so that is a good place to start, says Mr Roger. “You can often identify hidden causes, like inadequate nutrition, hygiene or specific diseases, which you can then take steps to avoid in future years.” 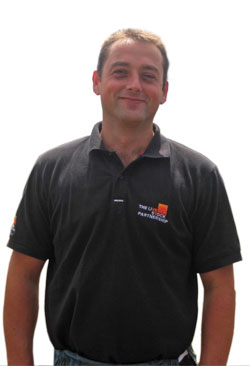 In just half a day, the pair created a detailed health plan for Mr Moss’s 450 mule ewes, targeting ways to boost productivity throughout the year. “Even though I have been farming for a long time, I found it very informative. It is really helpful having a new point of view, and it’s been something I can put into practice, rather than just reading a load of paperwork.”

Mr Boers highlighted poor lambing percentages as a key area of improvement, tracking the problem back to insufficient nutrition prior to tupping. “The gross margin is determined by the number of live lambs born – you can have brilliant growth rates, but if you don’t have the numbers you will never get great margins.”

With limited grazing, Mr Moss struggles to flush the ewes onto a rising plane of nutrition, and instead feeds concentrates for six weeks prior to tupping. “We had a 200% lambing percentage at the start of lambing, but then it dropped off, to average 175% overall. It appears that the later ewes were not getting enough nutrition, so we will just feed concentrates for an extra two or three weeks. It’s something we can definitely improve on without it costing a lot of money.”

Mr Moss also scanned his sheep for the first time this year, enabling better management of singles, twins and triplets. He buys in replacement shearlings, and suffered a severe problem with enzootic abortions many years ago. With a neighbouring farm having similar problems this year, he has decided to vaccinate. “It is so devastating – it’s just not worth the risk.”

Another problem area identified by Mr Boers was poor growth rates in lambs. “It is likely that coccidiosis is to blame, because there are a lot of risk factors, such as intensive grazing.” So Mr Moss added a coccidiostat to the creep feed, at a cost of £30/t. “We are definitely seeing the benefit – the lambs are really something to be proud of, and they are very clean, so we haven’t had any problems with fly strike, even though it is already a bad year for it because of the hot weather.”

In the past, a number of strong lambs have died without reason, indicating clostridial disease or pasteurella. Although Mr Moss has always vaccinated for clostridal diseases and pasteurella, he usually administers it two weeks prior to lambing. “But I’ve found it should be given four to six weeks before lambing, so we need to change that.” Any dead lambs this year will also be sent for a postmortem examination to isolate the cause.

“Vaccinating the ewes before lambing will give high antibody protection to the lambs – any that are finished early will be covered, but those that are kept will need to be vaccinated again,” says Mr Boers.

Mr Moss has traditionally blanket wormed the ewes and lambs at the same time, unaware of the risk of anthelmintic resistance. Mr Boers recommended taking regular faecal eggs samples to discover if any resistant worm species were present, and identify the exact need for worming. “The first sample had a very low burden, so that’s cut out one round of drenching already – and apparently there is no need to routinely drench the ewes. It has cut our costs in half.”

Drenching should achieve a 90% drop in egg counts, so Mr Moss will also take dung samples 10 days after worming, to monitor efficacy of the drug. Additional benefits of minimising wormer applications include reduced stress on the sheep, lower labour costs, and less likelihood of breeding anthelmintic-resistant parasites.

Other issues which may benefit from attention in the future include pasture and tup management, and inclusion of more forage in the diet, says Mr Boers. “It’s all fairly simple stuff – every year we will take it a step further and go into more detail in certain areas. By keeping good records we can review and analyse the figures, so we know where losses are appearing. There is a lot of valuable information in simple records, which show farmers how they improve their business and make the biggest wins.”

Pneumonia continues to be a significant cause of death in unvaccinated lambs under 12 months of age. The disease may occur all year round and has a variety of causes, but pasteurellosis is diagnosed in many outbreaks.

Ewes vaccinated with Heptavac-P Plus in the run-up to lambing can pass immunity to pasteurellosis on to their lambs through the colostrum, but only for up to four weeks. To ensure your lambs are fully protected against pasteurellosis this grazing season – as well as the key clostridial diseases – they should be vaccinated with Ovivac-P Plus. The primary vaccination course requires two injections four to six weeks apart.