Unprecedented cold temperatures and snow have battered Britain in recent weeks, bringing a whole host of challenges for livestock farmers.

But the late spring is now compounding forage and straw shortages further, with grass in short supply or non-existent in many parts of the country. And some housed systems are fast running out of forage supplies following the poorer silage-making conditions last season.

We spoke to a range of nutritionists and consultants to get advice on how farmers can combat the issue.

Grass growth is likely to be two to three weeks later than normal this year, experts at SAC Consulting, part of Scotland’s Rural College, are predicting.

They have used data from grass variety trials to predict when soils will have warmed up sufficiently to allow grass growth to begin.

With this late spring in mind, they are advising farmers to plan ahead now and take immediate steps to help management.

“Not only are many farms already short of forage due to last summer’s wet weather, which forced many stock to be housed much earlier than normal, but potentially as problematic is a severe shortage of straw to bed stock.” 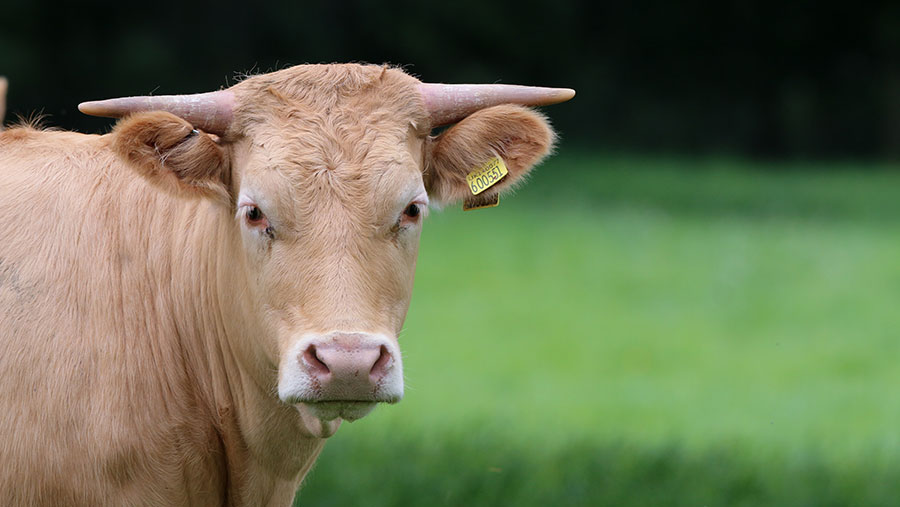 Rhidian Jones of RJ Livestock Systems, part of the 5Agri Consultancy group, says it is a good idea to get cows and calves out at grass as soon as ground conditions allow and then feed outdoors because it is healthier for youngstock to be out of buildings.

“If you’re increasing the stocking density in building, the young calves are at more risk of being knocked about and of disease build-up. Being out on crisp, cold days is better for animal health than being indoors,” explains Mr Jones.

“The cow needs to be fed regardless of whether she is in or out if the grass isn’t there, but at least outside, you’re saving on bedding.

He recommends feeding stock on poorer fields or sacrificing areas to save the best swards. He also advises farmers to target residuals of 1,400-1,500kg DM or 4cm in order to not compromise regrowth.

Mr Jones says farmers should supplement with whatever feed they have to ensure the cow gets her full ration.

A freshly calved cow requires about 120-140 MJ of energy a day, depending on her size. If there is abundant grass, she can eat 15kg dry matter of grass at about 12ME, which equates to 180MJ a day, and that is when they put condition on, says Mr Jones.

But if that energy isn’t available from grass, then additional feed is required to keep her producing milk and ensure she is fit for bulling.

“Your cow might now be at a body condition score [BCS] of 2.5 and you don’t want her to be any less than that,” says Mr Jones.

“She needs to be on a rising plane of nutrition and condition going to the bull and you can’t afford to let her milk off her back because there isn’t time to recover and she is already likely to be in calving condition, so don’t have reserves to use,” he adds.

If feed supply is scarce, it is important to prioritise breeding stock, which may mean selling store cattle or turning them out to grass and accepting growth may be compromised for a period.

“It’s all about supply and demand and if there is no grass coming, that might affect the trade for store cattle. You are not selling from a position of strength, so look at other options. However, the sheep trade is flying, so it is a good time to sell cull ewes, barren ewes or any lambs left on the farm. Even getting rid of a few mouths will ease demand,” adds Mr Jones.

“In addition, many growing cattle are often turned out too late in normal years and within weeks, the grass can get away from them. A late spring or lack of forage and straw might force you to turn them out earlier, which is no bad thing as their rumens will adapt to grass as it comes and pasture quality will be higher subsequently.”

He says this might also be a time for beef farmers to review feed sources and see what feed is most cost-effective, be it fodder beet, silage or any by-products or waste food available in the local area.

When the grass does take off, it will be an important time to watch out for milk staggers and ensure magnesium supplementation is adequate to prevent them, through boluses or minerals in water troughs.

“Hopefully what we will get is a nice, steady increase in grass growth,” says Mr Jones.

“But it is always important to be on the lookout when you get that flush and it’s important not to apply potash with those earlier nitrogen dressings, which can reduce the uptake of magnesium by grass and make cattle more susceptible to staggers.”

She says forage stocks in the north-east of the country aren’t looking too bad.

“We had much better silaging conditions [last year] than farmers in the West.” 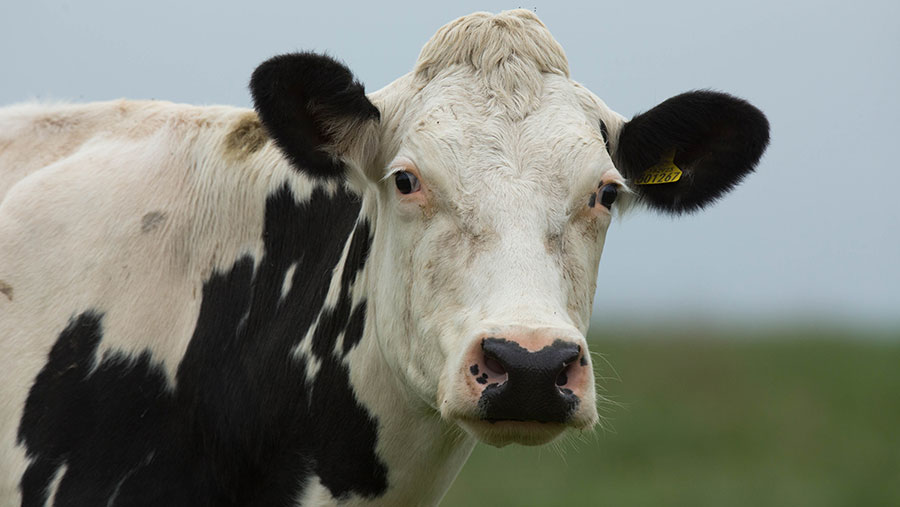 But overall there is a “mixed picture” across the UK. Those worst affected by the unprecedented spring appear to be those who failed to make good-quality silage in the second half of last year because wet weather forced later cuts. They are now running short of feed, say consultants.

Traditionally, Dr Sutcliffe says she would advise farmers to feed youngstock and dry cows on straw and supplement with a high-energy product such as molasses. But, she concedes, with straw in tight supply, it simply isn’t cost-effective for many.

Instead, she suggests feeding these stock with lower-quality big bale or clamp silage and reserve the best-quality forage for milking cows.

Dr Sutcliffe says forage stocks could be eked out by reduced forage inclusions in ration by 20-30%.

“Normally we would feed 10-12kg DM in forage intake, but you can reduce long-chop forage down to about 7-8kg DM intake [per head] as a minimum.”

To fill the gap, she suggests feeding co-products such as draff or brewers’ grains that are high in fibre and low in starch.

She warns the problem with feeding high-starch products is that it can increase the risk of acidosis.

Hefin Richards of Rumenation says it is key for farmers to assess feed values on a t/DM basis in order to work out the best-value options when buying forage or forage replacers.

The weather this spring has further compounded problems for those dairy herds that were looking for some reprieve from poor-quality and dwindling forage and straw stocks by turning out stock, adds Mr Richards.

However, he cautions it is still early in the season.

“It is still only 20 March, so many winter-housed herds aren’t contemplating turnout yet. It’s a bigger challenge for those in the thick of calving now [and grazing cows].”

Dr Sutcliffe warns producers that are considering turnout not to be “overambitious”.

“It is pointless turning cows out without the grass, otherwise you will really affect performance. Make sure there’s sufficient sward to support the cow and yields.”

She says it is key to measure grass and know how much is there.

“It may be that you have to turn the cows out for a six-hour window.”

Independent grassland adviser Gareth Davies says grass growth is “on the floor” in most parts of the country.

Latest growth figures calculated throughout the country on farms using Agri-Net software shows grass had not grown above 10kg DM/ha in the past seven days, on average.

He says this is down about 50% on what you would expect this time of the year.

For spring-calving herds that had already turned cows out, he says the problems are “yet to come”.

“The grass they have been grazing has been kept over from last year, but shortly they will be going back to fields they grazed in February and those fields haven’t grown as expected.”

Mr Davies says the situation highlights the importance of having a back-up plan and forages in stock to provide cows with a buffer.

“You can’t farm by the calendar year. Whatever system you’re running, you need flexibility. Going forward it is sensible to plan your grazing for an early turnout, but plan your forage stocks for a late one.”

He advises graziers who haven’t already, to start slowing the rotation down and buffer feeding with silage or other feedstuffs to make up the shortfall.

“There are many farms that have barely had any regrowth, so fields that were grazed to a residual of 1,500kg DM on 15 February have only grown at about 5kg/day.

“This means they now only have a cover of 1,650kg DM which means in two weeks they will be struggling to get much over 2,000kg DM by 7 April, especially if the cold weather is returning for the Easter weekend.

“They will need extra time to get to a sensible pre-grazing cover – buying themselves an extra week now should make a big difference.”

While Phillipa Page, a large animal vet of Flock Health, is encouraging producers to get stock out to reduce the risk from a disease build-up perspective, she is urging farmers to be aware of the effects of the lack of nutrition available to ewes and the impact that will have on them and their lambs.

Producers need to keep a close eye on mastitis, as there is a high milk demand from lambs at this time, says Mrs Page, who runs her own flock with her husband in Gloucestershire. 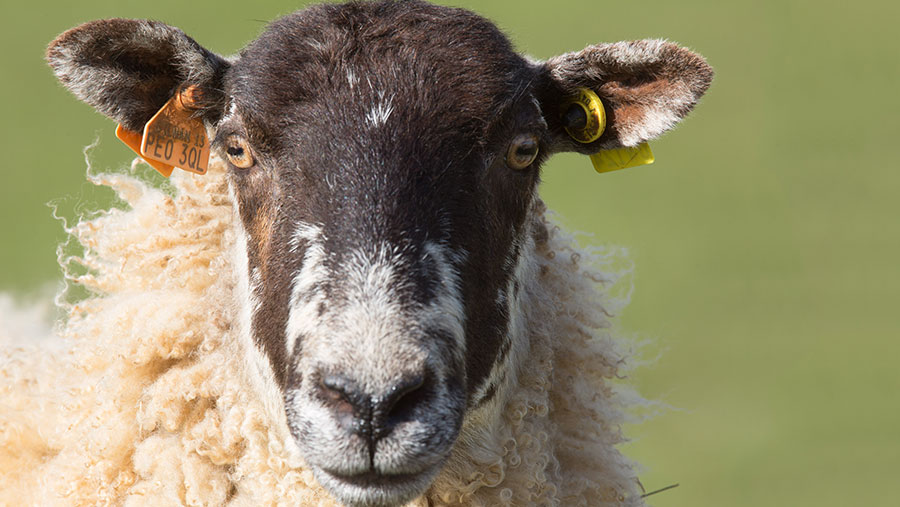 “Ewes that are coming into peak milk demand are not getting nutrition from grass, so lambs will visit the teat more often, which can cause trauma and lead to mastitis.”

And if lambs are suffering on the nutrition front, not only will they suffer growth checks, but their immune function may be compromised, so if there is coccidiosis or orf in the flock, the effects are likely to be worse.

“If you are a farm that has cocci and has had to treat for cocci before, then they will need to start treating.

“But it is really important you speak to your sheep vet first, as treating at the wrong time will be costly because coccidiosis treatment is very farm-specific.”

Mrs Page stresses this period is crucial for lamb growth and ewe fertility.

“We can’t get away from the fact that ewes need feeding now. And it is far more cost-effective to feed the ewes now than recoup the damage of a knock-on effect to lambs and ewes,” she adds.

Farmers should consider providing hard food for longer and/or feeding fodder beet or forage. Mrs Page says if they stop eating it, it’s a good sign that the grass is now growing, but it’s important to provide it.

“If you creep-feed lambs, or if you’re thinking about creep-feeding, it needs to be there ASAP,” she says.

Getting ewes in optimum condition

Mrs Page says the weather has highlighted the importance of condition scoring.

“It’s a bit of hindsight really, but this is why we keep talking about body condition scoring. If ewes are in optimum body condition at lambing, so about 3 [BCS] for lowland breeds and 2.5 for hill sheep, then they’ll be coping better now. They have more reserves to mobilise,” explains Mrs Page.

“Farmers should be body condition scoring as frequently as they can throughout the year. The programming of their fertility starts when they’re producing peak milk, so about six to seven weeks.”