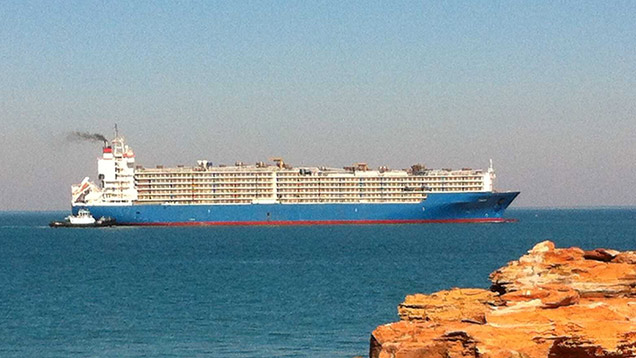 The largest ever live sheep export in New Zealand is en route to Mexico for breeding purposes.

The New Zealand government defended its decision to allow 50,000 sheep and 3,000 cattle to be exported to Mexico for breeding purposes and not for slaughter.

The livestock carrier MV Nada, which is the size of two rugby pitches, left Timaru in New Zealand on Thursday morning (11 June) for a journey, which is expected to take two weeks.

Animal rights groups are concerned that the sheep, of which most are pregnant ewes, will become distressed, sick and dehydrated.

But New Zealand’s Ministry for Primary Industries (MPI) said concerns about the welfare of the livestock on the vessel were misplaced.

“The Mexicans have had a huge drought, and so lots of their breeding stock was wiped out, so they have asked us to send these sheep,” he said.

Mr Key described the deal as a “win-win” because the sheep were from drought-hit farmers who were “keen to sell”.

New Zealand is currently not shipping any cattle for slaughter, and the export of live sheep for slaughter has dwindled since the 1990s, with the last shipment being in 2003. It does, however, export cattle and sheep for breeding.

Live exports of animals for slaughter have been banned in New Zealand since 2003 after 5,000 sheep died on an Australian vessel destined for Saudi Arabia.

In the UK, live exports of animals are sailing regularly, mainly through the port of Ramsgate in Kent but also through Dover.

The RSPCA and Compassion in World Farming (CIWF) have called for an end to the “cruelty” of live exports. But the NFU has insisted it is a “perfectly legal, legitimate and valuable trade” for English farmers.