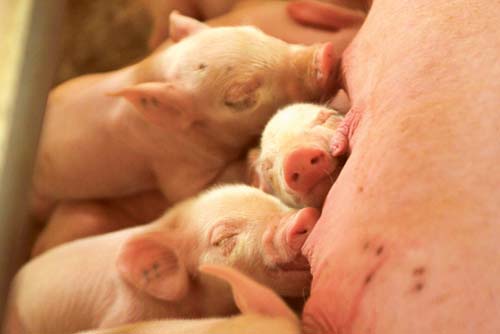 In the unlikely venue of a concert arena in Liverpool, 4,500 women handed British farming a lifeline last week. An historic move saw delegates at the Women’s Institute annual meeting refuse to vote on a resolution which would have seen the organisation declare that it “abhorred” large-scale farming.

The resolution, debated by the WI on 8 June, would have resulted in the 220,000 member-strong organisation throwing its powerful weight behind a campaign to automatically block planning permission for any farms deemed “mega”.

The NFU – which campaigned against the resolution – put forward president Peter Kendall to speak at the AGM. And many producers breathed a sigh of relief at the outcome. But the WI’s decision to refuse to vote does not mean the furore around large-scale farming has disappeared.

In fact, it paved the way for more discussion and questions about farming systems in the UK and what they could mean for the country’s food production, rural areas and the environment.

Ruth Bond, WI chairwoman, has since called on the farming industry to begin a clear and rational debate about the issue. The question for the industry is where that debate should begin and where it should go next.

Peter Kendall said for anyone in the industry to gain backing from the public, pressure groups or even other farmers, “factory” and “mega” farms should be defined.

“Unless we get some consensus we are doing a disservice to farmers, the consumer and to policy makers,” he says.

“I know that farmers are worried that some kind of US-scale farm swamping the UK would be disastrous, but that’s not what we are debating. Farms like the Midland Pig Producer’s proposed pig unit in Derby will add another 2,500 pigs to the UK’s 40,000 pig herd.

“That won’t have an impact on small pig producers, especially when we are only 40% self-sufficient in pigmeat. It’s low prices and greedy retailers damaging smaller producers, not larger farms, and pressure groups need to understand that.”

Soil Association director Helen Browning, who also spoke at the AGM, agreed that poor prices are the main problem for many producers. But she said there has not been enough discussion of the impact larger-scale systems may have, or the alternatives available.

“The NFU rightly points to the need to increase the amount of food we produce domestically. But how we go about this is more complicated than simply producing bigger, more intensive models. We are perfectly capable of producing the food we need. We need to think about this, alongside the issues of the nation’s health, environmental resources, climate and population change and how we will support farmers.”

Issues like reducing antibiotic use and stopping systems which use tail docking are becoming more important than the issue of herd size, Mrs Browning added. “These are existing issues not related directly to scale.”

But James Leavesley of Midland Pig Producers said single-issue pressure groups like the Soil Association have simplified the issue of large-scale farming into a debate which focuses more on emotion than fact. And it’s a debate he is reluctant to enter into.

“Do you try to answer those accusations or just let them run out of steam? We’ve been in discussion with credible welfare groups and they are happy with the health, welfare and environmental impact of our plans and have said they won’t object. We haven’t engaged and won’t engage in a slanging match with the likes of the Soil Association.”

Mr Leavesley said different systems of farming should be able to exist in the UK and that Midland Pigs’ aim is to offer consumers who cannot afford organic or free-range the choice to buy reasonably-priced British pigmeat.

“We would welcome a national debate on these issues and on the future of British farming, but we are the only football on the pitch at the moment, being kicked around by interest groups.

“The planning regime isn’t the platform for a debate which isn’t based on fact. It should be down to the NFU and the National Pig Association to take on those battles on the industry’s behalf.”

Julie Robinson, NFU Westminster office holder adviser, said the union recognised it needed to join the discussion, but as a representative organisation of organic, conventional, large and small-scale farms the issue becomes complex.

“One of the real challenges is to find a way to talk to people who are genuinely asking questions in a way that doesn’t sound like you are disrespecting single issue groups,” she added. “But that’s very difficult to do when those groups are prepared to simplify the debate in a way that does no justice to the complexity of the issue.

“We are talking internally about how to respond to the debate. We need to ensure each plan is assessed individually.”