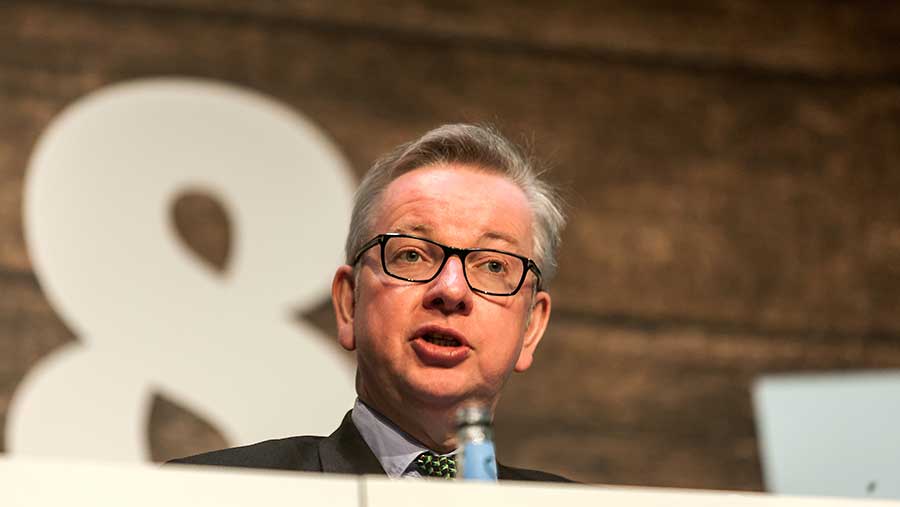 Defra secretary Michael Gove has refused to say whether he is committed to culling badgers as a means of controlling bovine tuberculosis in cattle.

Mr Gove was responding to a question from Farmers Weekly after delivering a keynote address to the NFU conference in Birmingham on Tuesday (20 February).

It follows a government announcement that Defra is to review its bovine TB strategy and progress towards its goal of eliminating the disease within 25 years.

Mr Gove was asked whether he was committed to the cull – and whether he believed it was compatible with his pledges on animal welfare and securing a “green Brexit”.

He replied: “Bovine TB is a threat to animal welfare – it is a disease that causes suffering and death to the animal population, which should be front and centre of any disease eradication strategy.

“We know there has been controversy over aspects of the approach that this government has taken to bovine TB.

“My whole approach is to be guided by the science. What we want to do is progressively reduce and eliminate this disease in a way which ensures that all animals can be better protected from infection.

“We continually keep under review the best means of doing so.”

“The right thing to do is to say what does the science tell us about how we can ensure that we can prevent this disease spreading and prevent more animals – and for that matter more farm businesses – from suffering as a result.”

Asked again whether he was committed to the cull, Mr Gove replied: “I am committed to following the science in order to ensure we have the best method possible of containing and dealing with this disease.”

“We follow the science in order to make sure we deal with the disease.”

Before he was Defra secretary, Mr Gove voted on 5 June 2013 in favour of culling badgers in an effort to control bovine tuberculosis.