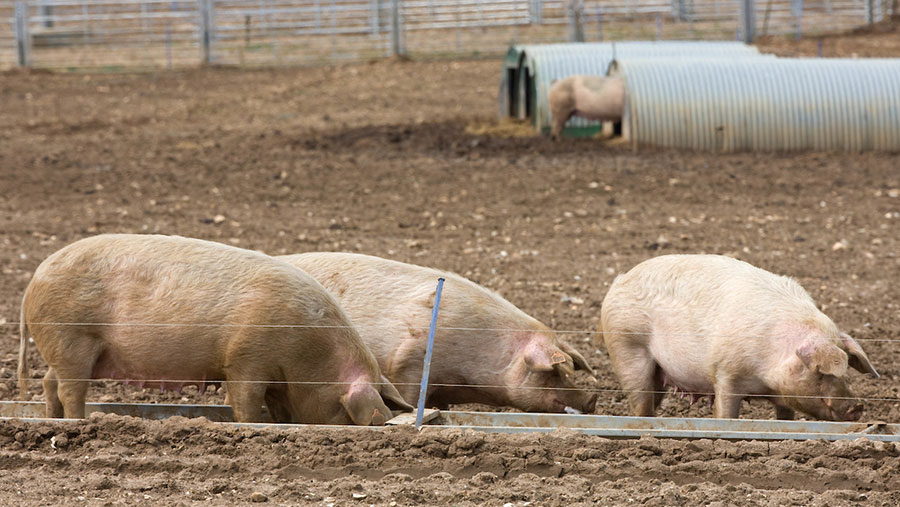 The pig and poultry sectors have been given more time to air their views on controversial plans to increase permit charges.

The plans, to raise permit variation fees from £380 to between £2,400 and £7,000, were put forward by the Environment Agency (EA) in its strategic review of charges consultation.

Also proposed were new application fees that would increase from £3,750 to about £8,000.

The deadline for comments has now been put back by two weeks to 26 January 2018 after the scale of the payment hikes caused consternation among farming organisations.

What is an environmental permit and who needs one?

An environmental permit is permission to operate and is issued by the Environment Agency (EA) across a range of industries.

Only pig farms over a certain size need a permit. Anyone who has places for either 2,000-plus finishing pigs more than 30kg or 750 sows (including served gilts) needs a permit.

If you are planning to expand and think you might need one, contact the EA’s farming team, as failure to operate without a permit is a criminal offence.

And NPA chief executive Zoe Davies launched a stinging attack saying the proposed charge increases were “unjustified, unfair and will cause unnecessary damage to pig farmers who have done nothing to deserve this”.

We are not satisfied with the reasons provided to justify the charges and believe there is a lot more the Environment Agency could do internally to improve its processes and reduce its own costs, rather than passing its inefficiencies on to the pig sector Zoe Davies, National Pig Association

“In fact, the pig sector has invested heavily over the years to address the concerns covered by environmental permits, making it easier for the EA to do its job.

“That this is how we are repaid is utterly unacceptable and we are asking in the strongest terms for the EA to think again,” said Dr Davies.

She also criticised the thinking behind the proposed hikes.

“We are not satisfied with the reasons provided to justify the charges and believe there is a lot more the EA could do internally to improve its processes and reduce its own costs, rather than passing its inefficiencies on to the pig sector.

“If these charge increases go ahead, it will not only hamper pig farmers – who have come under huge financial pressure over the years – to invest in meeting challenges like environmental pollution – but will erode confidence in the EA itself.”

The EA defended its proposals saying the aim was to shift the cost of regulation from the public purse to the sectors involved.

“The proposed changes will mean that businesses pay for the full services they use – a more financially sustainable model that will lead to long-term environmental improvements,” said a spokesman.

This week the EA added: “In response to customer feedback the decision has been taken to extend the strategic review of charges consultation by two weeks to Friday January 26.”

The consultation is available on the Environment Agency website