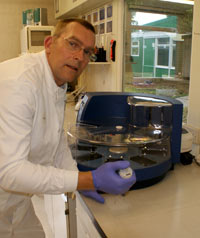 A testing service launched by a new company is set to make the identification of common diseases in pigs and poultry “quicker and more specific.”

He MDT set up the technology to provide a “sophisticated testing service for veterinary surgeons.”

“The new tests are expected to be a lot more precise distinguishing between exact strains of bacteria.”

He added that the PCR tests can also be completed a lot quicker, between 24-48 hours.

“This quicker time enables treatment for a disease to be started earlier, resulting in a quicker response.” Mr Harrison goes on to say: “It also means tests can be conducted on breeding animals for export closer to despatch date.”