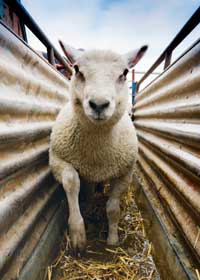 The NFU has launched an online petition calling on organisers of the London 2012 Olympic Games to provide a showcase for British wool.

The union says there are a number of ways this could be done – with ideas ranging from wool carpets and upholstery in the Olympic buildings to a commemorative badge or brooch made from wool for every competitor.

“For many years, wool has been in the doldrums, with farmers getting such low prices that they have not even been able to cover the cost of clipping,” it said.

“The Olympics presents a tremendous opportunity to showcase the best of British and wool has surely earned its place.”

The NFU wants to reach a goal of 10,000 signatures. Over 5500 have already been gathered at shows around the country