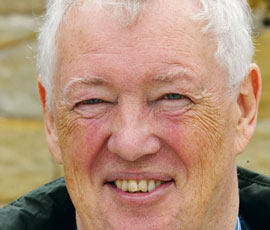 Sheep producers have had big feeds bills this year, but focusing on making better quality silage this season – and ensuring it has been analysed to make full use of its feed potential – can have a significant impact on how much has to be spent on supplementary feed.

That was the message from SAC sheep specialist John Vipond when he told flockmasters at North Sheep that analysing forage for protein, energy and minerals must now be a priority.

“Maximising the intakes of forage will make the best use of a feed that is the cheapest on the farm. If silage is high in protein and low in energy it can be supplemented with cereals, but if it’s low in energy and low in protein a compound may have to be used – and in both cases trace elements must be taken into account.

“Trace elements could be low in grass silages made this season following the wet winter,” added Dr Vipond.

He said a lot of feeds now used by sheep producers were much higher in protein compared with those used some years ago, so farmers needed to address their sheeps’ needs for digestible undegradable protein in late pregnancy.

“As a rule of thumb, feeding 100g of soya a lamb carried for every ewe a day for the last three weeks of pregnancy should be part of the feed regime. In many flocks, protein of the wrong form is fed to ewes and it’s being wasted. It’s being broken down in the rumen and there’s only so much protein the rumen bugs can cope with and that’s set by the amount of energy in the diet.

“Many ewe diets are causing sheep to excrete excess protein in the urine. That’s not a process without costs to producers. It’s essential to feed a balanced diet to ewes. The rumen bugs can trap about only 1% crude protein for every megajoule in the diet. If a diet is above that limit, extra protein is being excreted so the diet should be supplemented with DUP made available from soya or protected soya.”