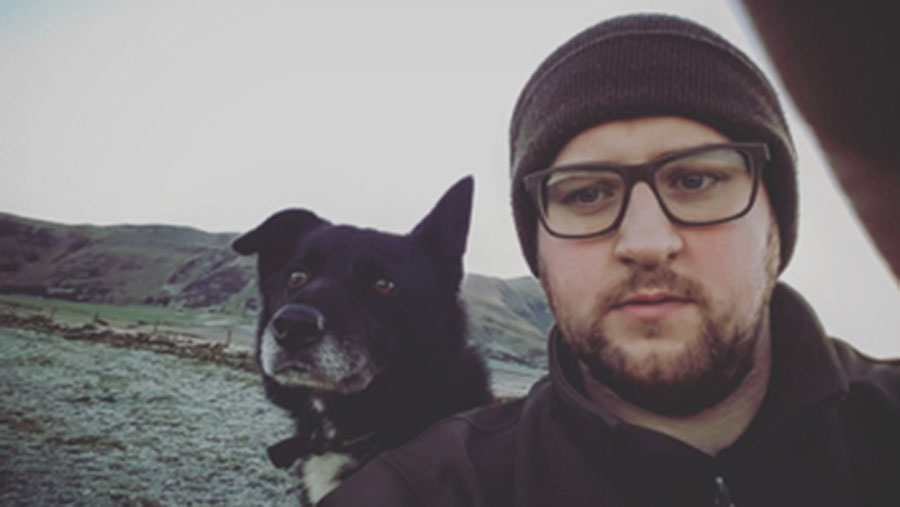 A farmer fined for threatening behaviour after his sheep flock was attacked by an out-of-control dog, insists: “I did nothing wrong.”

Jonathan Sloan was fined £40 for a breach of the peace by police following a heated dispute with the owners of a dog that was allowed to worry his sheep.

The 28-year-old said he rushed to the scene after receiving reports a large husky dog was running around his field and chasing his sheep.

Mr Sloan said when he arrived at the field in Scotlandwell, near Kinross, he found four people trying to catch the dog which was worrying 60 Blackfaced lambs.

“The dog and its owners were running around the field between the sheep trying to catch the dog, but they weren’t able to catch it,” he said.

“The dog had no lead or collar. It was literally running wild. It was a big husky. I brought my sheepdog out of the pick-up to try to entice the dog away from the sheep.

“We managed to get between the dog and the sheep to chase it down the field towards the gate. I cracked my shepherd’s crook over the husky’s back to help to move it away.

“At that point, when we got down to the gate, the dog owner grabbed hold of the husky so it could not run away again.”

Mr Sloan, who farms 100 pedigree Lleyn sheep and Blackface lambs as well as 130 cattle, alleged one of the dog owners became aggressive towards him.

“The main owner was falling over the gate to get at me. He came at me shouting and swinging arms. I pushed him back out of the way just to stop him from hitting me.”

Shortly afterwards, Mr Sloan said began walking off up the road and he dialled police on 999 to report he felt threatened.

He said the owners pursued him up the road “for a minute or two”, but then split up and left.

Mr Sloan said he was later questioned by police who charged him with a breach of the peace for threatening and abusive behaviour.

Officers told him the dog owners had alleged he had assaulted them, but he could settle the matter by paying the £40 fine.

Done for breach of the peace. For stopping a dog from killing my sheep this morning. Accused of threatening behaviour. pic.twitter.com/zUSzCcmsmK

They also told him he was within his rights to shoot any dogs caught worrying his sheep – but Mr Sloan did not have his shotgun with him at the time of the incident.

Mr Sloan is taking legal advice from NFU Scotland before he decides whether to pay the fine or not. “I did nothing wrong,” he said. “But from the minute police turned up, they said: ‘Let’s not be pressing charges.’”

He said his sheep were left agitated by the attack and one Blackfaced lamb is limping.

The incident comes less than a week after Police Scotland launched a month-long campaign among dog owners to raise awareness of the devastating effects of livestock worrying on farmers.

A Police Scotland spokesman said: “Police were called to Springfield Farm in Kinross on Tuesday (7 November) to a sheep worrying incident, which resulted in a dispute involving a farmer and dog owners.

“A 28-year-old man was issued with a £40 fine for threatening and abusive behaviour.”