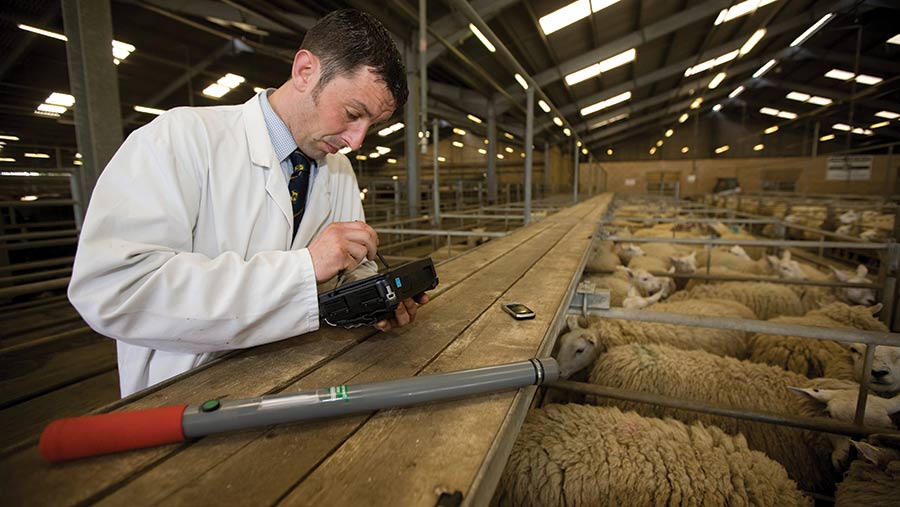 Q1. What are the rules changes that come into effect in Wales on 1 January 2016?

A.Wales is the fourth and final UK nation to start implementing an electronic movements database.

The plastic slaughter tag was originally permissible in England and Wales under an EU derogation, but was phased out in England in 2015. From 1 January 2016 Welsh farmers must also stop using the plastic (non-EID) slaughter tag in lambs under 12 months of age. Instead a single EID slaughter tag should be used. Any lambs born in Wales and tagged before this date can continue to carry the old form of identification; they do not need to be retagged.

Full EID (one EID tag and one plastic tag) should be used otherwise, as well as for lambs entering the food chain after 12 months of age, and for breeding animals. Full EID is used for all sheep in Northern Ireland.

See also: How a Welsh hill farmer is using EID

Q2. Does this affect what I record?

There is an individual identification number on the chip inside the EID slaughter tag, which can be read with the right equipment, but the legal minimum requirement is to record the number of lambs moving, the holding numbers they are moving between, and the date.

However, animals with full EID, such as breeding sheep, must be recorded individually on the movement licence.

In Wales, the creation of the new EID Cymru electronic movements database will only affect auction marts, abattoirs and collection centres in the first instance, as they will have to report all moves online from January onwards. Farmers will continue to paper report, with the option to switch to reporting electronically at a later date if they wish.

Q3. What about sheep from the historic flock?

A. The EU derogation on animals that were identified pre-2010 expired on 31 December 2014 and they must now be recorded individually on the movement licence.

There is no legal obligation to retag sheep from the historic flock in England and Wales, but you have the option to do this if it is easier than manually listing individual identification numbers on paperwork and if you think it will provide more selling options.

A. Owning an EID reader is still not a legal requirement. However, there are many benefits from using one.