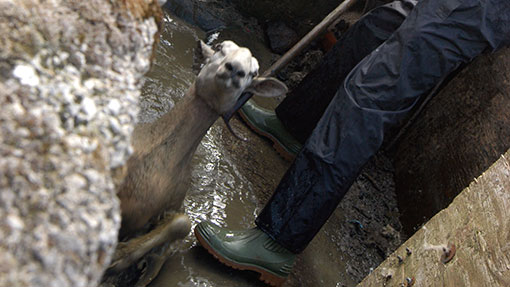 Farmers who say their lives have been ruined by health problems caused by exposure to organophosphate (OP) sheep dips are heading to Westminster in a bid to get recognition of the cause of their illnesses.

Up to 90 victims, experts and campaigners are set to attend a meeting hosted by shadow health secretary Andy Burnham in London next month (14 May) to discuss the impact using government-approved OP dips without adequate health warnings has had on their lives.

They hope the meeting will eventually lead to the government reopening the debate on OPs to push for alternatives to the chemicals in order to protect the welfare of sheep and sheep farmers.

Lancashire dairy and vegetable farmer and OP campaigner Tom Rigby said he hoped the meeting would be a first step in acknowledging the problem and getting better diagnosis and treatment for sufferers.

“This is the biggest human tragedy in farming in our lifetime and yet there’s a whole generation of people growing up who don’t know about it,” he said.

“There were hundreds of thousands of people dipping at a time when the government-approved products they were using weren’t safe.

“We want to raise awareness that there was a problem and that there were people who have been very badly affected.”

He described the government’s stance on OP poisoning as “insulting to farmers” who had suffered from decades of physiological and neurological problems.

“The VMD [Veterinary Medicines Directorate] website says that the government takes very seriously that there are sheep farmers who believe their health has been compromised as a result of sheep dipping,” he said.

“To say sufferers ‘believe’ they have been affected is offensive. We need everyone to acknowledge the harm that has been caused.”

He also called for alternatives to OP dips to treat and eradicate sheep scab in a way that was safe for sheep and people working with them.

Margaret Percival, a member of Mr Burnham’s constituency, who farmed 600 sheep with her brothers in Greater Manchester, said compulsory dipping had ruined her life.

Her illness became so bad that she was forced to sell her farm and she is still suffering the effects of so-called “dippers’ flu” 40 years on.

“At my worse I was sleeping 20 hours a day, my legs felt like lead and I couldn’t move,” she said.

“Forty years of my life has gone down the drain. I can’t do anything that normal people do – even going to the supermarket makes me keel over because of the effects of the poisoning.”

The meeting is by invitation only. Anyone affected by OP poisoning should contact Tom Rigby on 01942 671 020 or email johnson.farm@tinyworld.co.uk.