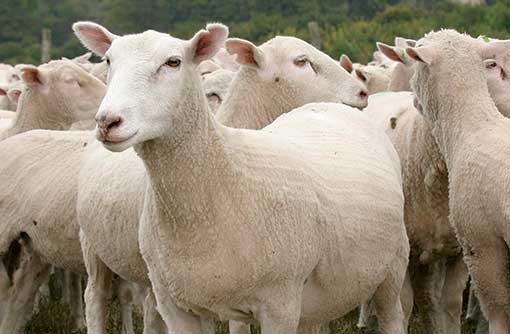 Demand for lamb has expanded Sweden’s sheep market to meet consumer demand, we visit a Swedish farm to find out more about the country’s sheep farming.

The challenges facing the expanding Swedish sheep industry couldn’t be more different from that in the UK.

Long winters with temperatures down to -25C mean sheep face more than half of the year housed indoors and when they are outdoors they are at threat from predators such as lynx, wolves and bears.

The country is home to 9,300 flocks containing 300,000 ewes and rams, with the average flock having about 30 ewes and a third of flocks having nine ewes or fewer.

With only 3,000 sheep slaughtered a week, it is not enough to feed the increase in demand with about 1.6kg of lamb eaten per person a year.

Only 40 flocks in the country have more than 500 ewes with one of those being Norrby Farm run by Tomas Olsson and his family.

The flock is split in two with an early lambing and late lambing flock with produce sold in to high-end restaurants in Stockholm.

Speaking at the Sheep Breeders’ Round Table Mr Olsson explained how his aim was to produce a high quality carcass for the restaurant trade.

“We have had the same customer for 25 years and aim to have lamb on the menu by 1 March from our early lambing flock with a carcass grade of 3H and a cull weight of 14-15kg deadweight (27-28kg liveweight).

“We aim for 400g a day growth and supply 800 lambs from our farm and 2,000 in total from a mixture of four farms to the restaurants in March and April,” he explained.

For the early lambing flock, 400 Finn Dorset ewes are synchronised to get a tight lambing period. Mr Olsson said the Finn cross Dorset produced a good mothering ewe that could breed early.

“Finn sheep are good for fertility and mothering ability and the Dorset for early lambing. They usually scan at 210-220% and the goal is to sell two lambs for every ewe a year,” he said.

The farm uses mostly Texel as the terminal sire, with the breed imported from Denmark with a focus on muscle and easy lambing.

However, rules in Sweden prevent live animal imports and laparoscopic insemination, so imported semen can only be used by vaginal insemination.

Mr Olsson explained: “Sweden is scrapie free and we have a high health status hence the rules in place for importing sheep.”

In fact, strict rules within the country mean they have no issues with resistant parasites, have a low prevalence of foot-rot, have low use of antibiotics and 80% of the sheep flock is tested free from maedi visna (MV).

The later lambing flock is lambed indoors from April with lambs put out to grass from the start of May where they are finished.

Finn Dorset ewes are tupped with a Suffolk. “The Suffolk is very popular now and is the most common used breed for grass-fed lambs,” he said.

Sheep are grazed in 5ha paddocks, however, strict grassland management is required due to prolific grass growth in the summer months. “In the summer we get double the grass growth due to longer sunlight hours. It can be hard to handle,” he said.

Lambs are weaned at the end of July and slaughtered mid-August onwards with a deadweight of 20kg (liveweight 45-48kg) at a U/R grade.

Dry ewes from the early lambing flock are then grazed on land and receive an environmental payment of £50 a ewe.

“This means we make money twice for every ewe in the early lambing flock- once from the lamb and secondly from the environmental payment.”

Mr Olsson receives about £4.20/kg DW for every lamb sold in the autumn, with the average price in Sweden about £3/kg DW.

“We get a good premium selling in to the restaurants and the aim is to continue to sell fresh Swedish lamb year round,” he said.