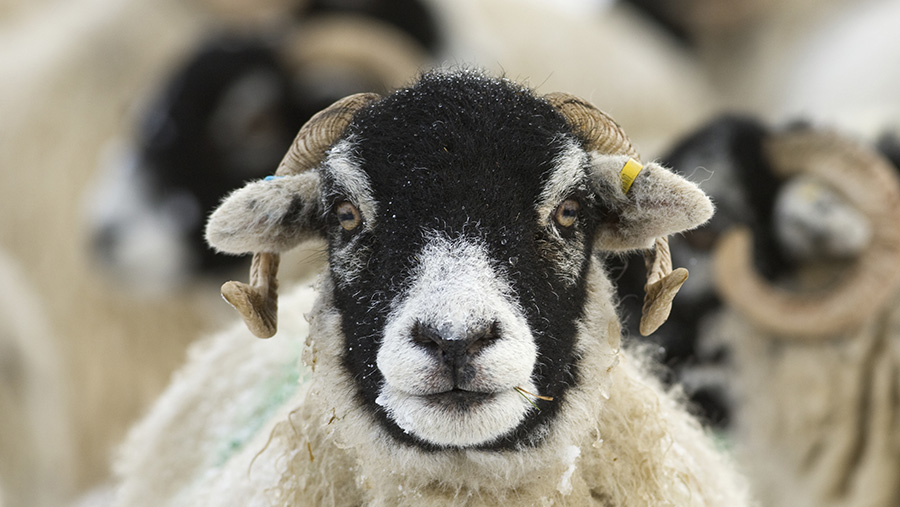 Cambridge researchers have developed a tool to identify sheep suffering from disease judging by their facial expressions.

Researchers from the Department of Veterinary Medicine at the University of Cambridge have developed a standardised facial expression pain scale for adult sheep to “reliably and accurately” detect pain associated with diseases, such as foot-rot and mastitis.

The team, led by Krista McLennan, first tested the scale with foot-rot then “successfully applied” it to mastitis.

A total of 111 sheep were involved in the initial study, of which 73 were diagnosed with foot-rot.

The remaining 38 showed no signs of foot-rot or other diseases.

Photographs of the faces of all the sheep were taken on the day of disease identification prior to treatment, then on day 90 of the trial.

Another 29 ewes were involved in the second trial, of which 17 were identified as having acute clinical mastitis by a vet and treated with an appropriate antibiotic and a non-steroidal anti-inflammatory.

Photographs were again taken on the day of disease identification, then on day seven and day 42 of the trial.

In both cases, users were able to correctly identify sheep suffering from disease with a “high degree of accuracy” using the scale, says the study.

“Diseased sheep scored higher on the scale than controls on the day of disease identification and diseased sheep showed changes in their facial expression after treatment,” it says.

The “abnormal facial expressions” of diseased sheep reduced over time, and at recovery “were in line with control sheep,” it adds.

See also: How to tackle scald in sheep

“The current scale provides an accurate and reliable method to recognise and assess pain in sheep.

“It also doubles as a training tool for veterinarians and farmers to learn more about changes in the facial expression of sheep when they are likely to be suffering from pain,” the study concludes.

“Prompt recognition of pain through the use of the scale will enable farmers and veterinarians to treat and manage their flocks better, reducing the impact of pain on their sheep, thus improving welfare and production,” the study adds.

Given the results, the researchers are confident use of the scale could be applied to identify pain suffered by sheep as a result of other diseases.

“It is likely that the scale can be used for other conditions that are suspected of being painful such as pregnancy toxaemia where the administration of a non-steroidal anti-inflammatory is known to aid recovery,” it says.