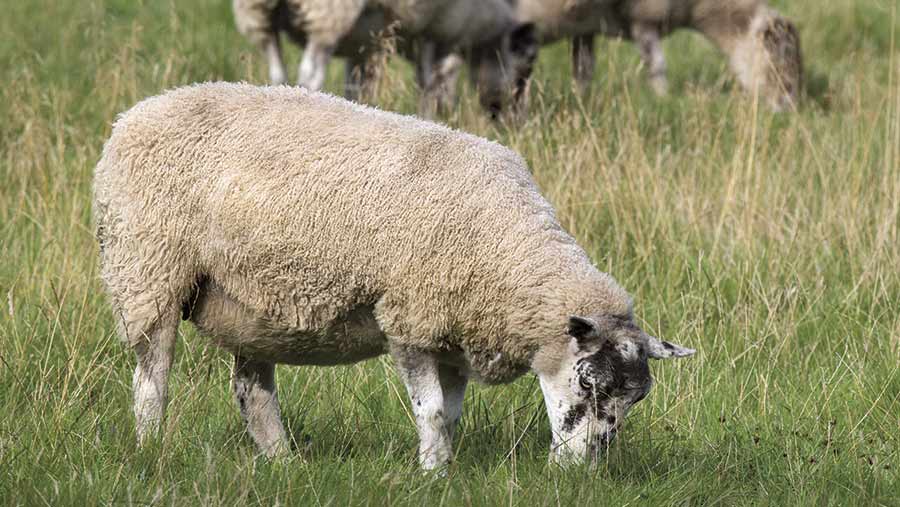 Warm, wet weather is causing a sudden rise in worm egg counts and could pave the way for an earlier fluke season this year, according to the latest results.

Results from farms involved in the Zoetis Parasite Watch scheme shows areas that have seen warm and dry weather followed by sudden wet weather, such as south-west Scotland and Wales, have seen a rise in worm egg counts.

At Graeme Mathers farm, Fern, Angus, a low faecal egg count was recorded on 11 June, but by 21 June the count had gone up to 315 eggs/gram (epg) and nematodirus measured 420 epg.

When analysing results, 250 epg is a suggested cut-off for most worms – levels above this is high enough to be causing production losses.

Similarly, at Posso Farm, Peebleshire, a test on 9 June revealed very low worm egg counts, but results from 28 June found nematodirus up at 735 epg and worm egg counts at 350 epg.

Farmer Allan Smellie says he was surprised to see nematodirus so late in the season.

“Normally we would see nematodirus earlier on, but we haven’t had much of a problem up until now”.

“This has been the most beneficial result we have had, because as soon as the results came back, we brought the lambs in and treated them with a clear drench because it was a mixed burden.

“The lambs weren’t showing any signs, but it was obviously underlying. With lambs worth such a lot of money just now, we don’t want any setbacks,” he says.

Mr Smellie, who will be selling more than 1,200 lambs over the next couple of months, believes the weather played a part in the late nematodirus challenge.

“At the end of May and beginning of June it was really dry and warm, but towards the middle to end of June it got wetter providing perfect conditions for the eggs to hatch.”

Mr Smellie will shortly be conducting a post-drench check by taking a faecal egg count from the lambs to check his treatment for nematodirus has worked. “We want to make sure the lambs are clear and that we don’t have any resistance issues,” he adds.

At Manor Farm, Little Stainton, Stockton-on-Tees, nematodirus was detected in a test taken on 19 June showing 490 epg, although faecal worm egg counts came back as zero.

A similar challenge was also detected at John and Sarah Yeoman’s farm in Newtown, Powys.

“Dry weather followed by sudden rain and an increase in temperatures is the perfect climate for worms, which is why we are seeing some higher counts.”

Although nematodirus is being picked up, it is less of a risk now than it would have been earlier in the season, explains Dr Armstrong. “We saw a spike in nematodirus at the start of the season. As long as they were grazing and exposed then, lambs should have developed immunity quite quickly,” he says.

“The results demonstrate that no year is the same. This is why faecal egg tests are vital for farmers to make informed decisions about treatment for worms,” says Dr Armstrong.

In order to check treatments are working Dr Armstrong advises farmers to take a post-drench test.

A post-drench test is not the same as a faecal egg count reduction test, which is more time-consuming and thorough as it requires the same group of 10 lambs being tested either one or two weeks after treatment, depending on the product used.

A post-drench test is cruder, but can give an indication of any resistance or underdosing issues in the flock. It won’t give a percentage resistance figure, but will tell you if resistant worms are present.

This requires a faecal egg test being taken either one or two weeks after treatment from any lambs, depending on the type of wormer used.

“If you have an egg count after testing, it’s either because you underdosed or you have resistance. You can also get a false negative, as the lambs being tested after treatment may not have had worms to start with, so there would have been no worms to kill, hence the negative result.”

Post-drench tests should be carried out one week after treatment with levamisole and two weeks for all other treatments.

If you do find some positive results after doing a post-drench check, Dr Armstrong says you can do a faecal egg reduction test to find out how bad the resistance issue is.

Resistance needs to be at about 50% before continued clinical disease will be noticeable.

So, investing in post-treatment tests can pay off if it means you are not using a product that isn’t fully effective.

For example, in a group of 40 lambs grazing pasture for 120 days, and averaging £2/kg, if a white wormer at 50% efficacy was used, then the total cost of lost production compared with a drench with 100% effectiveness is £131.62.

This is in comparison with £13.51 when a clear drench with 95% effectiveness was used, so moving to a more efficacious drench gives a big potential return on investment.

The change in the weather could also spark the start of an earlier fluke season, warns Dr Armstrong. He recommends getting on top of the problem early to reduce the threat to animal health and to reduce pasture contamination.

“Treating for fluke isn’t something we normally think about until nearer to tupping time. However, we always seem to get a little bit caught out. It is better to get on top of it earlier,” he stresses.

Dr Armstrong explains that it takes 12 weeks from a sheep becoming infected with fluke to producing egg-laying adults that will go on to contaminate the pasture for next year.

“There is a test that can pick up immature fluke at about six weeks of age. If you can test and treat earlier, you are stopping the lifecycle before they produce these egg-laying adults. This is not only better for the animal, but will also reduce pasture contamination for later and next year,” he says.

Over the next month, farms involved in the Zoetis Parasite Watch scheme will be testing for fluke. We will bring you the results in next month’s article.

The aim of Parasite Watch is to show what is happening across the UK using an online interactive map.

To use the map, click on a farm in your area and details of any parasites that have been found as well as when they were detected will be displayed. Test results will be online within hours of the test being taken.