A record 2,508-head sheep entry and a total 1,186 beef cattle were among the highlights of the 160th Great Yorkshire Show (10-12 July) as the summer heatwave continued, bringing harvesting dates forward for many farmers across Yorkshire.

Sheep numbers have been lifted in part by growth of smaller breeds such as Zwartbles and Clun Forest, while three national shows for Beef Shorthorn, Charolais and Simmental remain at full capacity, with breeders on waiting lists.

Brexit remained firmly on the agenda at the Future Farmers of Yorkshire breakfast conference on the second day of the show.

Hackney Can Can shone on the only planned show outing of her career to rise above a second consecutive record sheep entry at Harrogate. 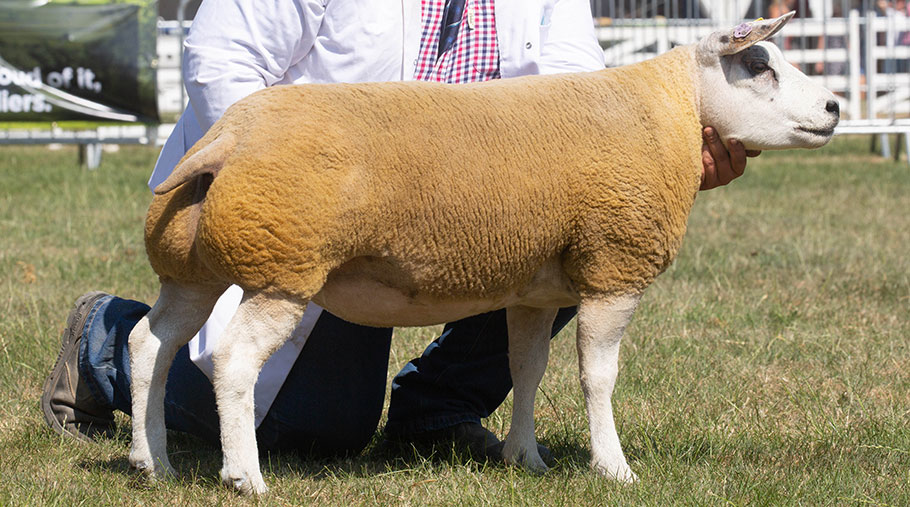 Hackney Can Can © Tim Scrivener

She is by Kingledores Braveheart, who was bought by the Tippetts at the 2016 Royal Highland Show fresh after winning the Supreme Beltex Championship.

She is out of Hackney Whatagirl, who has produced two tup lambs selling to 7,000gns. Whatagirl is by an imported tup called Scooby Doo.

The reserve ticket went to a Clun Forest gimmer shearling from Anna Pennell, Heighington, County Durham. She was bought from Derek Knowles of the 50-head Wrotham flock, St Albans, along with two ewes and another ewe lamb. 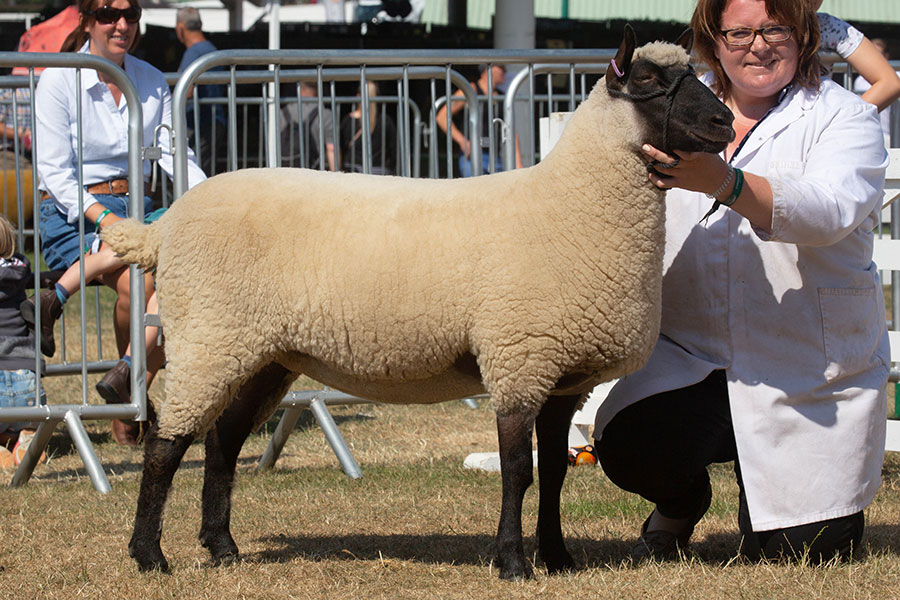 She is by a Trewlyn tup from the flock of Richard Price, Hereford, who also took breed reserve.

Females took the plaudits in the pig ring, with the interbreed championship going to an in-pig Saddleback gilt from the Newth team, shown by Julian and Alice, Prestleigh, Shepton Mallett.

The win became the first interbreed championship in 20 years of showing at the Great Yorkshire and followed championship titles at the three counties show, including overall rarebreeds champion when tapped out by Countryfile’s Adam Henson. 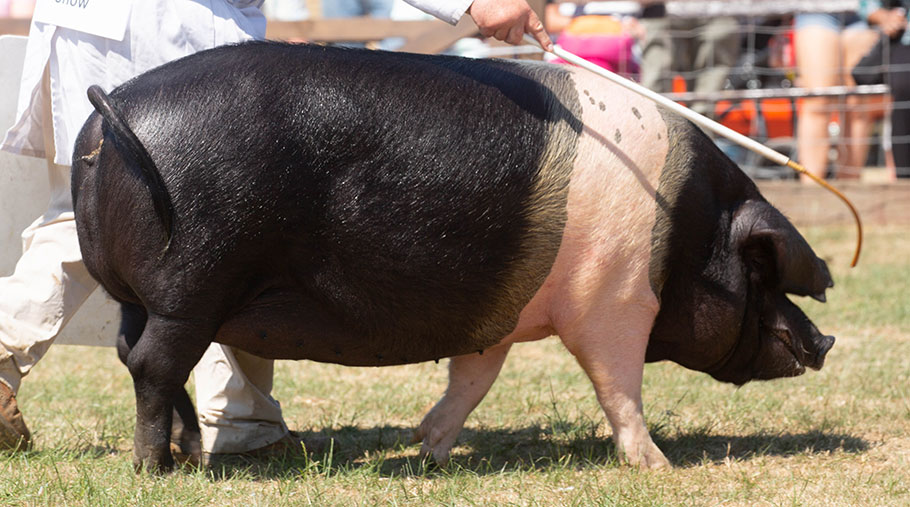 Prestcombe Belle is by Prestcombe Golden Arrow and will continue impressing at local shows in the South West this summer having been unbeaten in her class so far.

In reserve was a stylish Large Black gilt from the Cullington family, Taverham, Norfolk, where the Cullingtons run a mixed herd of 70 traditional-breed sows.

Broccwood Princess is by Weylands Defender 490 and out of Marlain Princess. Next up for Princess is Weyland, with a trip to Newbury also pencilled in.

She is by West Mossgiel Modern Reality and is a September 2013-born, impressing in the intermediate cow class and overall interbreed. Co-owned by the DM Lindsay and H Batty partnership, she gave 7,072 litres as a heifer at 4.19 fat and 3.17 protein and gave an impressive 9,500 litres in her second lactation at 4.34 fat and 3.36 protein. 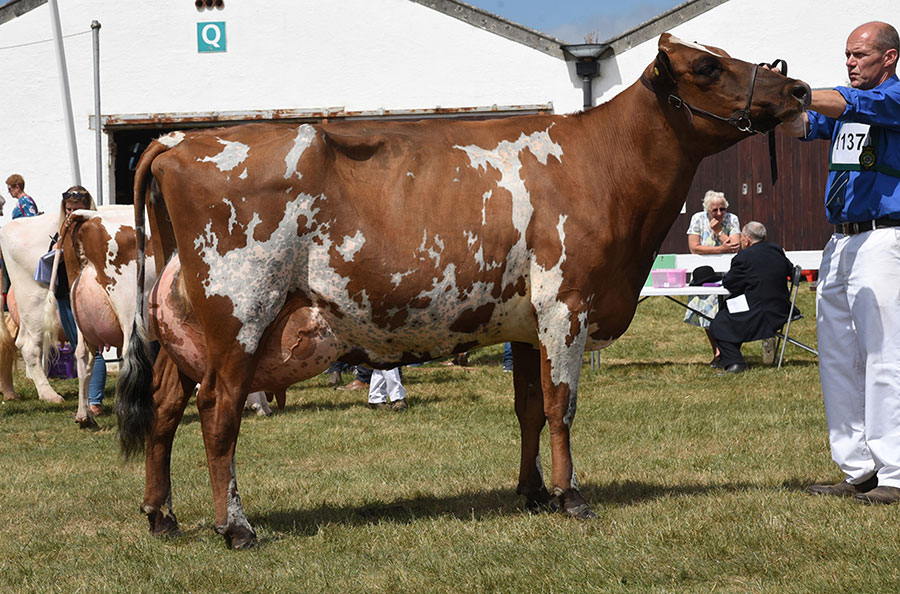 She continued a string of successes including claiming the recent breed championship at the Royal Highland Show and a red ticket at East Kilbride last year.

Robert and Elaine Butterfield, Bentham, took the Holstein championship and the reserve interbreed rosette to the red rose county, adding to their Harrogate successes with third-calver Saxelby Brady Amber (EX93). 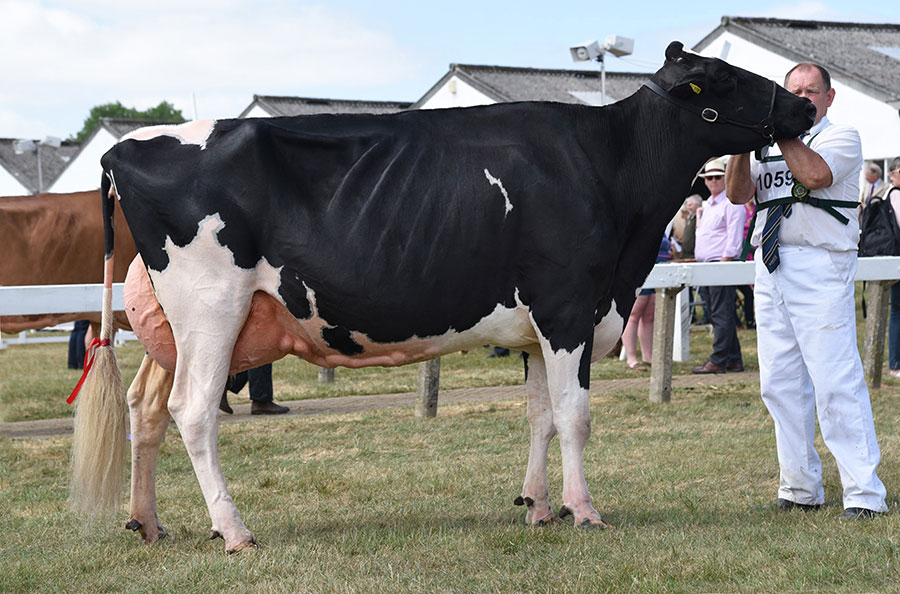 She gave 11,500 litres in her second lactation at 4.26 fat and 3.18 protein and was purchased at Wright Marshall’s dispersal sale of the Saxelby herd for 3,000gns in March.

Two heifers shone in the Supreme Beef Championship, but it was a maiden Charolais heifer that took the crown and dazzled the judges.

Sportsmans Maisie was the pick of “two tremendous heifers” for judge Vicky Smith, Crediton, Devon. After winning the Supreme Championship and Female Championship at the National Charolais Show earlier in the day. 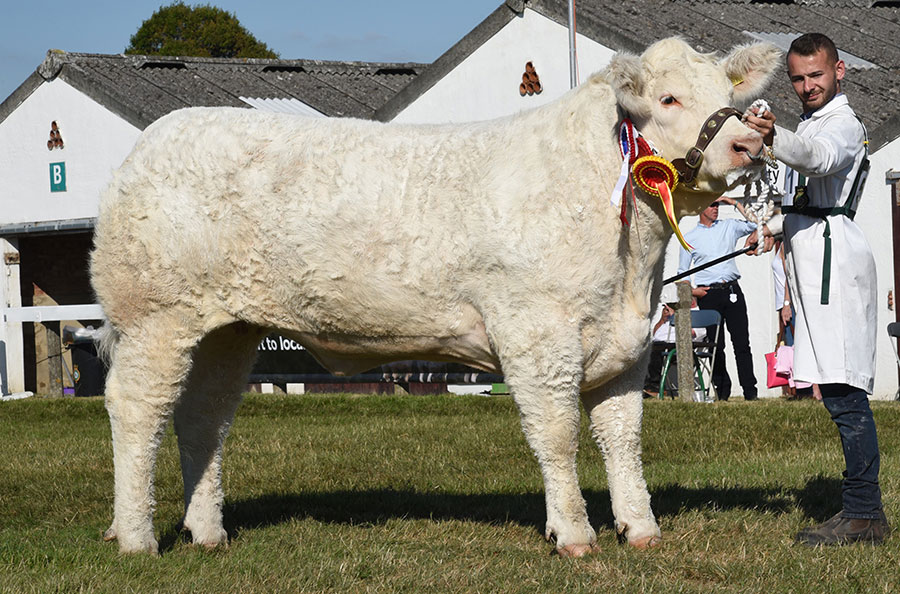 Bred by the Boden and Davies team based near Stockport, Cheshire, and from a 40-head pedigree herd, Maisie was junior female champion at the Royal Welsh last year and returned to Yorkshire to win her class again.

A fine in-calf heifer from the Grahams herd, Stirlingshire, claimed the reserve interbreed title. Grahams Melody is fresh from winning her class at the Royal Highland Show and Stirling Show and is set to head to the Royal Welsh. 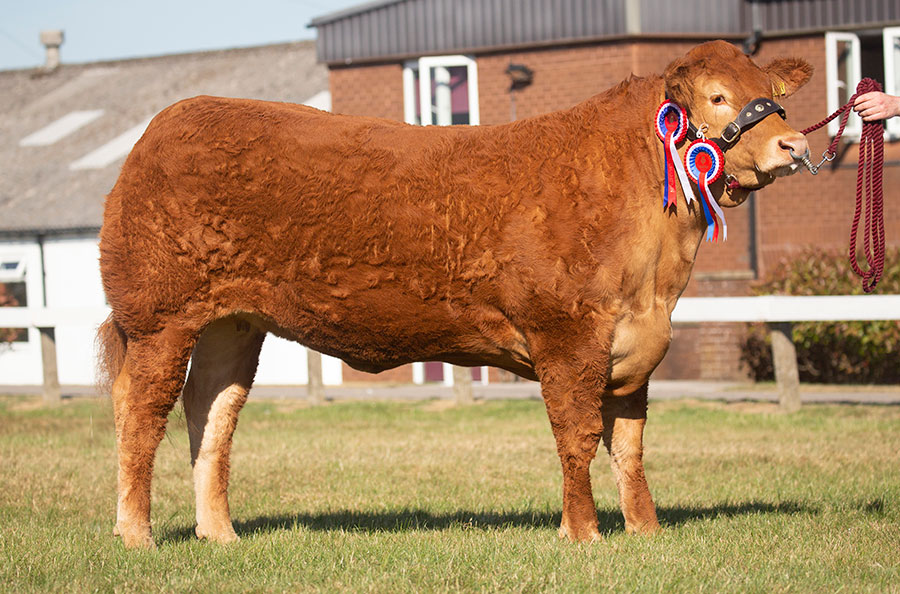 Currently in-calf to Goldies Jackpot, Melody is an embryo transfer calf from the Graham’s 40-head herd.