Mr Monbiot appeared on Monday’s (9 October) programme to persuade viewers to stop eating meat, but confirmed to Mr Morgan he was wearing a range of animal by-products.

“Do you not think you should be leading from the front,” asked Mr Morgan. “You’re telling us to give up meat? But you want to kill these animals for your watches and your shoes? Some would say that was shameless hypocrisy.” 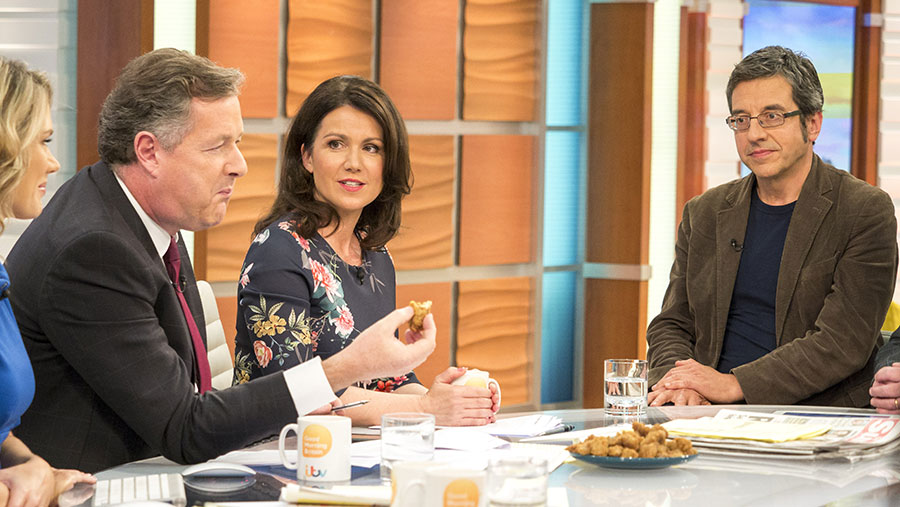 But Mr Monbiot hit back: “I’m not being 100% purist about this, but I am trying to persuade people to change their habits in quite a radical way.”

Mr Morgan replied: “I find it baffling that you think it’s perfectly OK to kill these animals in the way they are killed for your own personal luxuries but not for food that sustains us.”

Should have said on #goodmorningbritain that I bought watch strap + shoes before I went #vegan. Hard to think when you're being shouted at.

Earlier in the programme he also ridiculed Mr Monbiot’s comparison of livestock farming to slavery, the subjugation of women, judicial torture, the murder of heretics, imperial conquest, genocide, the First World War and the rise of fascism.

Mr Monbiot claimed not to have made this comparison, instead saying future generations would look back at the treatment of animals today and be shocked by it in the same way as our generation is by other events in the past, such as genocide. 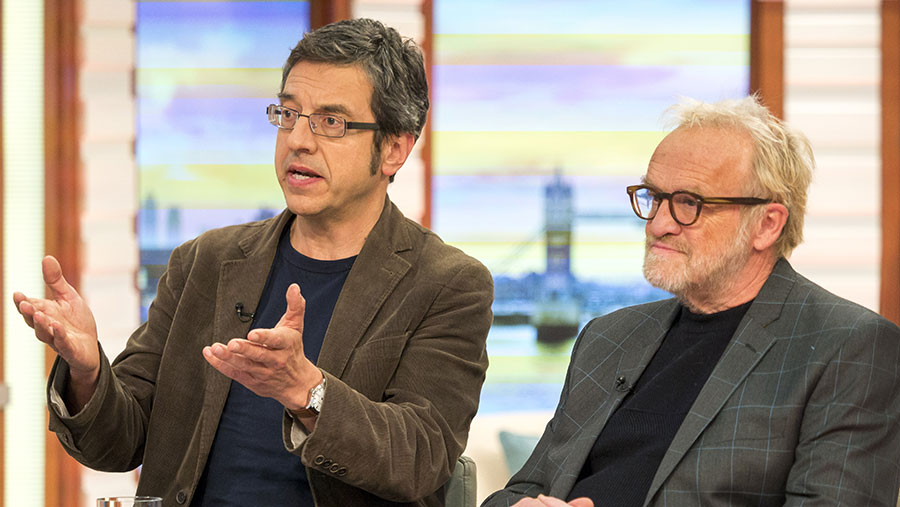 “There are far more important issues here, the fact is this country has a proud heritage of farming, we export masses of beef and product to the world. We are proud of our product,” he said.

Mr Worrall Thompson also dismissed Mr Monbiot’s environmental argument by saying the British countryside would go to ruin if farmers no longer maintained it during the course of their farming activities.

“What would happen if the farmers who are fantastic guardians of our countryside just lay down their tools?

“The country would be a wreck,” he said.

He also added that a move to veganism would increase the damage caused to wildlife by increasing the use of pesticides and herbicides.