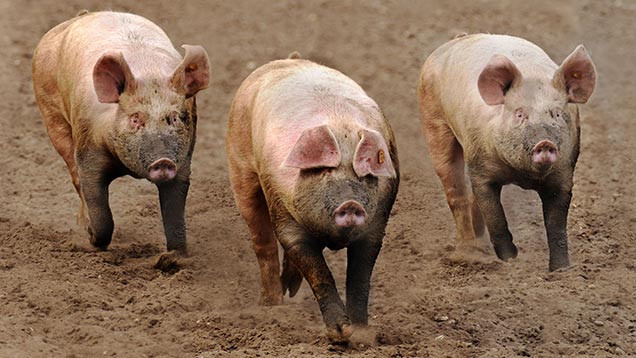 African swine fever could enter Germany at any point due to the high volume of traffic from infected Baltic countries crossing over the border.

Global Meat News reported that Professor Franz Conrath from the German federal research institute for animal health, told delegates at a conference “human misbehaviour” was a major factor in spreading the disease, with some people “disposing improperly” of infected animals.

“I fear an outbreak in Germany may be worse than in the Baltic States because any outbreak in the wild boar population would be extremely difficult to control,” said Prof Conrath.

So far there have been two confirmed outbreaks of ASF in Poland, Lithunania, Latvia, Belarus and Ukraine. Prof Conrath said he’d been warning for over a year of the need to take the risk seriously.

Although he said what people can do to limit the spread of disease is limited as Germany is surrounded by EU member states and has large borders, Prof Conrath has stressed steps can still be taken to minimise the risk of ASF crossing the border, including maintaining awareness of the disease and increasing surveillance of the wild boar population.