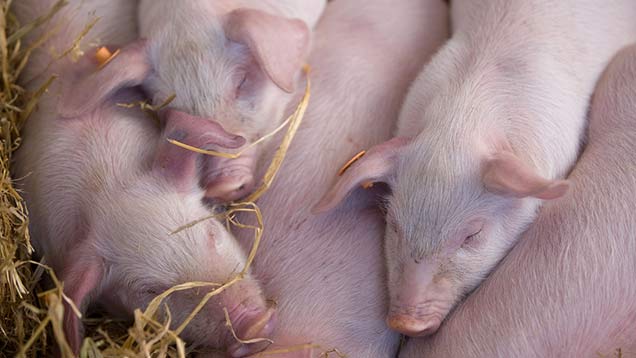 Pig farmers can now weigh and record growth rates and feed conversions more accurately on a daily or even hourly basis with the Growth Sensor System.

Hugh Crabtree, managing director Farmex – one of the companies involved in the system’s development,  said, farmers using this system are reporting benefits from having accurate growth data in real time.

“One producer has said it will help with breeding selection, while another just wants the growth sensor to text him when the first 110kg pig is recorded.”

Testing and development of the system on a large-scale production company in Yorkshire means the bridge-type system can now detect if pigs are lying on the scale for long periods and is also better at rejecting part-weighings.

“This means the number of recorded observations has fallen, but the values are more reliable and accurate,” said Mr Crabtree.

Traditional platform weighing devices are easily deformed by muck build-up and this flexing affects accuracy of readings, but this doesn’t happen to the bridge-type system, he added.

The growth sensor system was launched at the British Pig and Poultry Fair in May by a consortium of companies — Farmex, Berkshire; ARM Buildings, Staffordshire and Dicam Technology, Suffolk, with a grant from Innovate UK (formerly the Technology Strategy Board).