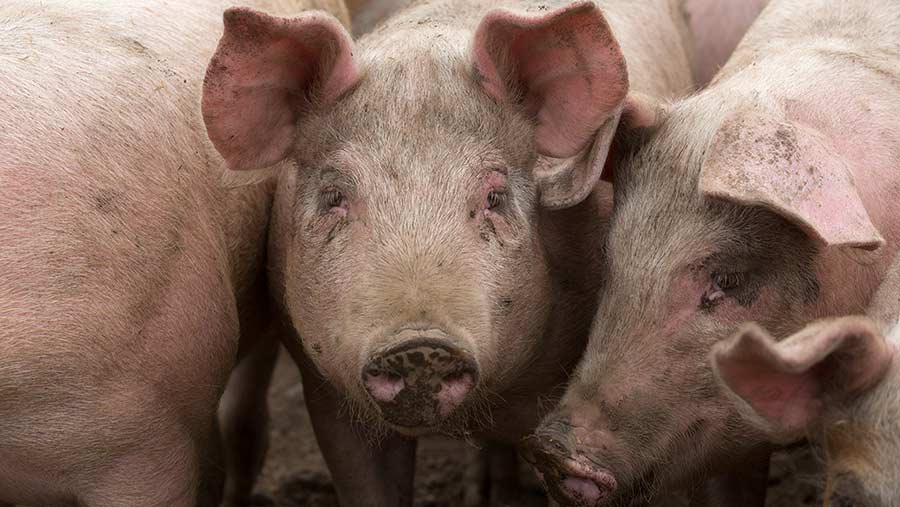 Pig industry leaders are rallying for support to help farmers survive what they call the “worst period of low prices” in recent years.

Higher production and the impact of the Russian embargo has left the EU pork market saturated.

The strength of the pound over the euro, twinned with traditionally lower welfare standards on the continent, means pork imported from mainland Europe is also 20-30p cheaper a kilogram than British pork.

As a result, UK pork prices at their lowest for seven years.

Without pig industry stakeholder support, a reduction in the size of the UK pig herd is unavoidable, the coalition says.

“Even though this country is only 50% self-sufficient in pork, our farmers are losing up to £10 on every pig they sell, as a result of European Union oversupply,” the statement reads.

“Without the support of the rest of the food-chain, serious contraction in the national pig herd is inevitable. This will mean even more imports of lower-welfare pork in future.”

“Some players in the British industry have already signalled their intention to scale back or quit. To prevent a much larger exodus before the European Union market starts to rebalance towards the end of this year.”

To prevent a “much larger exodus” in the short-term, the coalition is calling for: