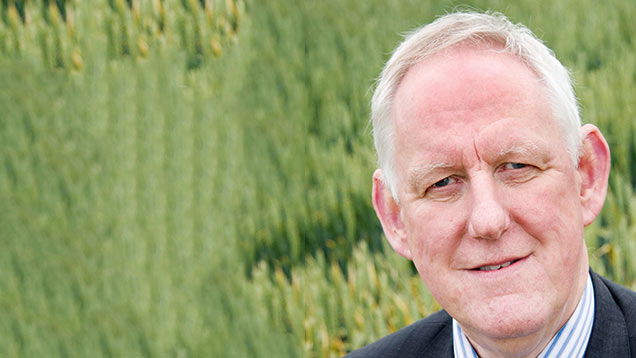 Former levy board chairman and Lincolnshire farmer John Godfrey has been awarded a lifetime fellowship by the National Pig Association (NPA).

Mr Godfrey, who is a former chairman of the Agriculture and Horticulture Development Board, was awarded the fellowship for his services to the British pig industry.

It is the first time the National Pig Association has awarded a lifetime fellowship.

With the late Sir Ben Gill, Mr Godfrey brought together the NFU pig committee and the commercial arm of the British Pig Association to form the National Pig Association in 1999.

NPA chairman Richard Lister said: “Pig producers had been calling for a single voice for the country’s commercial pig sector for many years.

“But it took two exceptionally talented men, both respected and trusted by farmers, to overcome the obstacles and make it happen.”

The fellowship was bestowed on Mr Godfrey following a unanimous vote by NPA board members and the NPA producer group.

NPA producer group chairman Phil Stephenson said the NPA had proved itself to be “an exceptional trade association which consistently punches above its weight”.

He added: “Without John’s wisdom and foresight, none of it would have happened.”

The NPA remains the representative trade association for British commercial pig producers. It continues to be allied to the NFU and represents the pig interests of NFU members.

Awarded the CBE in 1998 for services to the British pig industry, Mr Godfrey is also the founding chairman of Assured British Pigs, which is now part of Assured Food Standards. A director of RJ & AE Godfrey, which produces potatoes, peas, wheat, sugar beet and oilseed rape, he is also a director of large-scale pig producer Elsham Linc.