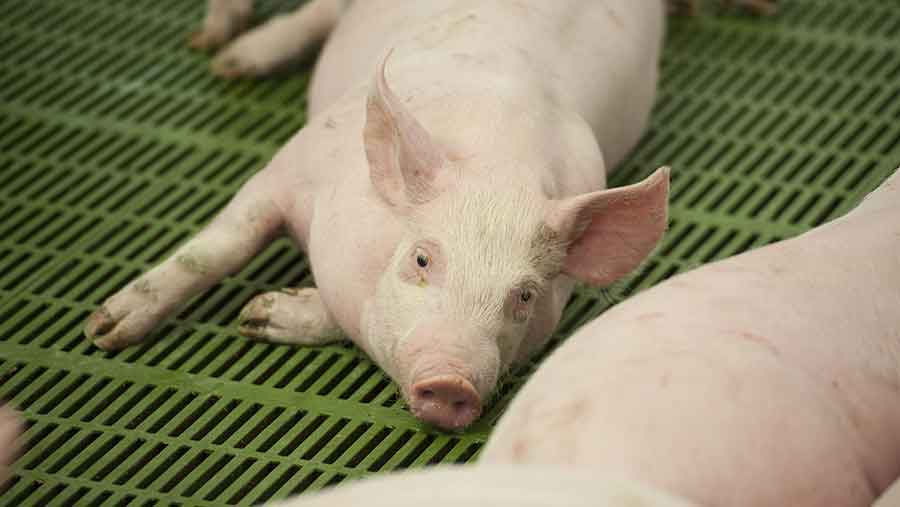 British pig farmers reduced their use of the antimicrobial drug colistin by 70% in 2016, the animal health lobbying group Ruma (Responsible Use of Medicines in Agriculture) has announced.

New pig e-Medicine book records cataloguing two-thirds of the national herd point to a substantial decrease in usage of the drug, classified as an “antibiotic of last resort”.

This follows 2015 sales data showing that sales into veterinary medicines were already low at around one tenth the recommended European Union limit.

This follows Ruma news in February that prescribed antibiotics in young pig feed had halved, with two-thirds of the drop coming in the last half of 2016.

Mandy Nevel from AHDB Pork said the news is important as colistin use in humans has increased in recent years for the treatment of specific serious bacterial infections that are resistant to other antibiotics.

She said: “This is why the European Medicines Agency has classified colistin as a highest priority ‘Critically Important Antibiotic’ for the treatment of a number of human bacterial conditions, despite it being a very old drug.

“But crucially, the regulators have retained access for animal use because it also has importance as a last-resort drug to safeguard welfare in livestock. It’s very positive to see the pig sector – vets and farmers together – responding to the responsibility of having continued access to this drug as a last resort and reducing use where possible.”

Ruma chair Gwyn Jones welcomed the news, stating that the UK could be one of the five lowest users of colistin in Europe.

He added: “We were looking for significant reductions in 2016 following the best practice guidelines issued by the Pig Veterinary Society at the end of 2015, but this has exceeded our hopes.”