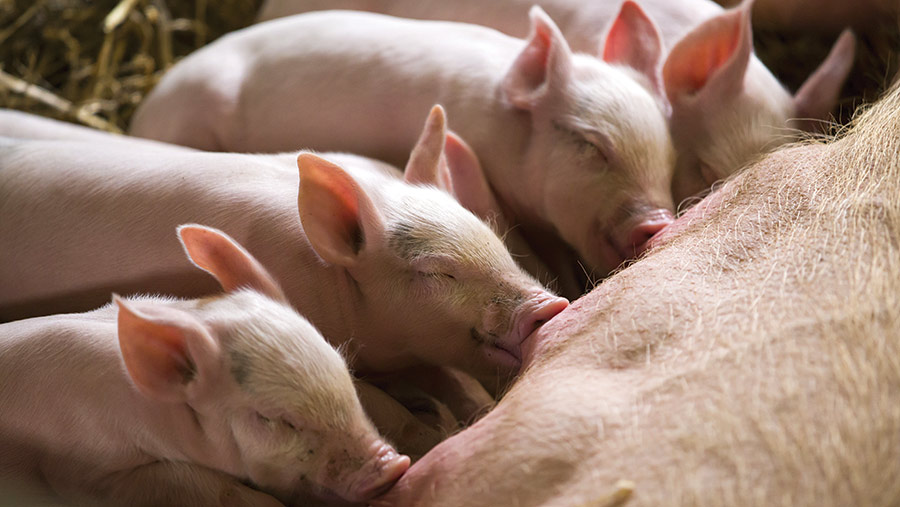 Yorkshire farmer, Angela Kirkwood, used her Nuffield Scholarship to travel the world in search of the answer to one key question: How can we grow the UK pig industry?

Prior to the UK’s membership of the EU, the breeding sow population was over one million. The country’s pig industry has since seen a steep decline in numbers, resulting in the UK now being a net importer of pig meat.

At the same time, cost of production has risen due to ageing production facilities and restrictive environmental legislation.

So, what does the future hold for the UK pork industry and what can producers learn from other countries?

Below, Angela shares her findings and highlights several key areas producers and the wider industry need to target to grow the UK pig industry. 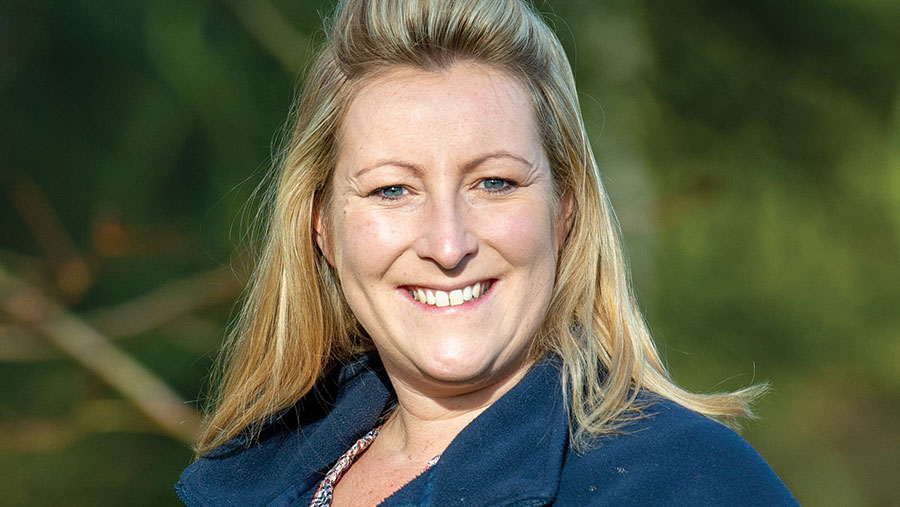 The countries Ms Kirkwood visited which had buoyant agricultural industries had very clear goals. That has not been the case in the UK for a long time, she says, largely due to the Common Agricultural Policy.

The UK needs leadership from the top. A prosperous industry is built upon clear, simple and achievable strategic aims that bestow confidence and encourage growth in a sector.

Unlike the UK, countries with specific departments of agriculture are much more in tune with production aims and targets, meaning they can help growers achieve fair prices, produce affordable food for customers and build resilient businesses.

In the Philippines a change of government had resulted in a reduction of corruption within the food industry.

The Philippines now has the fourth-largest sow population in Asia and pig farming is fundamental and vital to the economy and economic growth. Pig prices were buoyant at 132 peso/kg (£2.10/kg) while cost of production was 96 peso/kg (£1.50/kg).

An accumulation of regulation has caused production inefficiencies and increased costs on UK farms.

The way in which rules and regulations are interpreted around the world are very different.

In the UK, while cross-compliance may make sense on its own, when other auditing bodies’ rules are added on top, such as Red Tractor, it becomes both complex and costly.

In the US, for example, the main focus was to be as efficient as possible and this is where Angela believes the difference between UK and US costs of production lies.

The pigs she visited were in very good health and condition – productivity and genetics were similar to those of the UK – but costs in the UK are much higher.

The USDA (United States Department of Agriculture) has its own branding on food products. The ministry standards are highly regarded and trusted by US consumers and each state is accountable for the implementation of farm regulation.

In line with all the countries featured in Ms Kirkwood’s study, the US production systems would be illegal in the UK and would not pass the country’s welfare standards.

However, more efficient systems and a lower regulation burden offers US pork producers a cost-of-production advantage.

Examples of efficiency in the US included:

3. Rethink your approach to welfare and biosecurity

“Animal welfare” is very difficult to define, it may be more productive to focus on what contributes to healthy stock.

Good animal welfare has been the aim for UK pork production since the sow stall ban in 1999. Unfortunately, this has resulted in the dramatic contraction of the UK pork industry.

The desire to have the highest animal welfare standards in the world has resulted in increased costs of production; lower productivity compared to competitors; and increased imports of cheap pork products.

In China there is a hard focus on good animal husbandry. Better husbandry has led to healthier animals, meaning the overall welfare of the pigs is also improved.

Other examples could be focusing on the reduced or better use of medicine, or optimising technology to offer the pig optimum nutrition.

Country border biosecurity also needs to be closely monitored; education of staff and visitors along with clear signage would also be advantageous. A similar border control system to that evident in New Zealand and Australia would reduce risk to the UK agricultural industry.

In New Zealand, surveillance of people and imports arriving at the country’s borders ensures harmful pests and diseases are prevented from coming into the country.

It is becoming increasingly difficult to employ reliable skilled labour in the UK.  Many farm businesses pay more than the national living wage and include other employment benefits, resulting in the industry having relatively high labour costs compared to the rest of the world.

While it wouldn’t do the UK pork industry any favours if the value of this wage was decreased, what it can do is ensure it is recruiting – and retaining – higher skilled employees.

Teagasc – Ireland’s Agriculture and Food Development Authority – has a hard focus on recruiting the next generation of young farmers by pushing land-based skills from a young age and teaching agriculture in schools.

While the UK does have high standards in terms of pig production, it is going to have to invest and modernise over the next five to 10 years to ensure long-term sustainable production.

China is already doing this. Pig producers are investing in modern, energy-efficient infrastructure, as well as initiatives such as solar energy systems to power production units. This is not only good from a sustainability point of view, but also financially.

This needs to be driven by the whole industry, not just the producers.

Given the above tools, the pork industry will strive to become one of the major flagship industries for ‘Brand Britain’.

All of the countries Ms Kirkwood visited boasted their national flag on retail packaging and aimed to improve brand image and awareness with consumers.  In Denmark TV advertisements focussed on telling the story of Danish farmers. The Japanese were using key events such as the forthcoming Tokyo Olympics as a springboard to promote Japanese food.

Clear and regulated British branding and labelling of pork post-Brexit will offer a valuable tool to promote British food to the consumer.