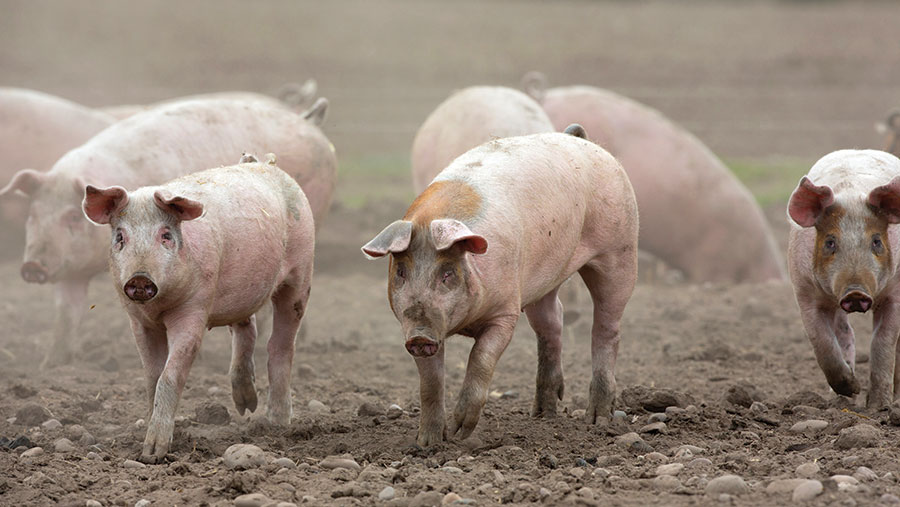 Good management and selection of gilts is fundamental for maintaining a productive herd.

Emerging evidence suggests the environment in which a gilt is reared during her suckling, nursery and finishing stages, as well as during her period as a maiden gilt, can have an effect on her lifetime performance.

What’s more, AHDB figures suggest it typically costs about £250 to rear each gilt, so putting the groundwork in to make sure they get past their first or second parity and reach their full lifetime potential is vital to get a return on that investment.

Farmers Weekly spoke to Andrew Palmer and Pat Loten, knowledge exchange managers at AHDB Pork, about the key areas to focus on when it comes to improving gilt management and conception rates.

Before beginning the selection process, it’s important to ensure you have retained two-and-a-half times the number of replacement females needed.

This allows for dropouts during the selection process and ensures there is a big enough pool to pull replacements from at the stage you start to regulate their heats – about three weeks before service.

In terms of the selection criteria itself, key gilt requirements include:

Another selection process should be carried out at weaning, pulling out any gilts that have not met the target weight.

Final selection should be made about at 140 days or 90kg.

Gilts that have made it through the selection process can stay within the regular grower/finisher group on the normal ration until they reach 80kg.

They should then be removed from the commercial flow and managed separately.

The use of a gilt ration is important to allow adequate growth rates, fat deposition and bone growth at this key stage.

As a result, a key component of the diet should be calcium phosphorus, as this is one of the main drivers for promoting bone strength and good growth rates.

Three weeks before their first service (when gilts weigh about 140kg), they should receive ad-lib quantities of feed to cause a reproductive flush, which subsequently improves egg numbers and egg quality.

The most common vaccinations include erysipelas (x2), parvovirus and porcine reproductive and respiratory syndrome (PRRS).

A controlled-exposure technique can be used to “bug up” the gilts to your farm’s specific pathogens. As an example, old bedding could be used to allow them to build up an immunity to these pathogens. 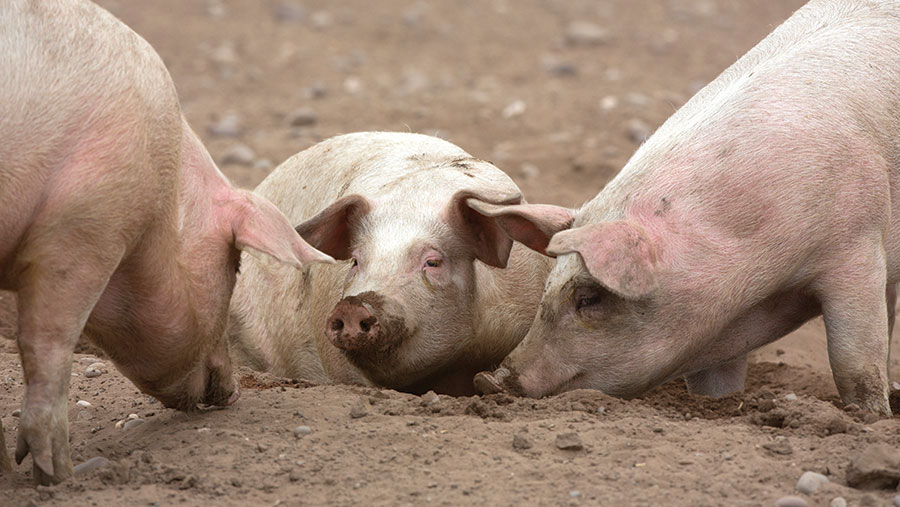 Gilt performance makes up 20-25% of a herd’s total performance at any time. Good gilt management will help to optimise sow longevity by reducing the number of prematurely culled animals (culled before parity three)

Keeping track of changes in performance over time means you learn what works for your unit, in terms of herd management and environment, motivating yourself and the team to do more of this. It also provides early warning if performance starts to deteriorate.

As a general rule, during gilt development producers should be looking to monitor:

Low birthweight will increase early removal from the herd due to anoestrus (lack of heat) before first mating, and gilts weighing less than 1kg at birth often produce fewer total born piglets at the first farrowing and consequent litters.

When preparing gilts for service, typical targets to look for include:

Where a progestagen is used to control oestrus, there are a number of best-practice principles that should be followed to ensure at least 90%+ of gilts are cycling five to seven days after withdrawal.

From a stockperson’s perspective, it is important gilts are familiar with both the routine of moving to the heat detection/AI facilities and they are also allowed to explore the area, including meeting the boars.