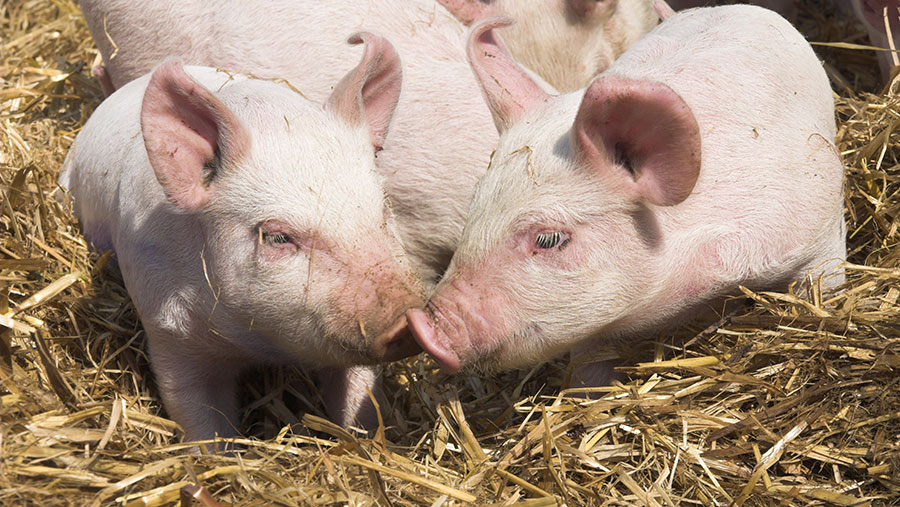 Pig farmers have been buoyed by news of a vaccine that has protected pigs from a lethal dose of the dreaded African swine fever (ASF) virus in a trial.

Pirbright Institute researchers found pigs displayed some clinical signs of the ASF virus, but all survived.

Importantly, scientists say it is possible to distinguish between pigs that are vaccinated or infected.

UK chief veterinary officer Christine Middlemiss said: “This is a very encouraging breakthrough and it means we are one step closer to safeguarding the health of our pigs and the wider industry’s role in global food supply from African swine fever.

“While there has never been an outbreak of African swine fever in the UK, we are not complacent and already have robust measures in place to protect against animal disease outbreaks.”

The study, which was published in the journal Vaccines, tested groups of eight-week-old pigs on a vectored vaccine to stimulate an immune response.

Eight genes from the ASF virus genome were placed into pig cells, where the genes produced viral proteins that primed the pig immune cells to respond to an ASF infection.

Chris Netherton, head of Pirbright’s ASF Vaccinology Group, said: “It is very encouraging to see that the genes we have selected are able to protect pigs against ASF.

“Although the pigs showed clinical signs of infection after challenge with the virus, our study has shown for the first time that a vectored vaccine against ASF is a realistic possibility.”

ASF led to more than seven million pigs being killed in 2019. Because there is no commercial vaccine, farms must rely on biosecurity and strategic culling to contain the virus.

The virus is still being found in China and in wild boar in eastern Europe and Asia. Analysts have reported that China has killed half of its pigs to combat the virus – close to 25% of the world’s pig population.